I’m a disgrace to my people. A shame to la gente. The “Is he? / Isn’t he?” exception to the rule of being Latino that leaves me neither theirs, nor yours.

What the hell is he?

I’m brown. Wood-colored, some say. (I prefer honey-roasted.) My dad called me a coconut: Brown on the outside, white on the inside.

I grew up in a white neighborhood. My “clan” is three generations American.

Yet, I can order lunch combo No. 3 and say “en-chee-LAH-thah de KAY-soh!” well enough to confuse Heather, the waitress.

I’m a sheep in wolf’s clothing.

But beyond that, I’m a sheep in wolf’s clothing.

Shop with me in Walmart some Sunday. It’s like a Latin American Bazaar. But the Caucasians won’t speak to me. They figure I don’t e-speaka the English.

My Latin brothers try to speak to me in our native tongue, but quickly figure out that I’m picking up their conversation as quickly as Dan Quayle picks up sixth-grade spelling. So, that convo ends quickly, too.

Once, a trio of my brothers (hermanos) tried their best to converse with me in our language. When the attempts went dry, one turned to another and said in Spanish, “He can’t understand Spanish. Look at his face!”

Unfortunately, I know enough Spanish to place out of college foreign-language requirements … and enough to comprehend the back-handed insult, but nothing else being said.

I’m lousy (malismo) at being Latino.

I’m not sure what my blood’s supposed to be.

I know nothing of the dance of love (bailar de amor). I stunk at baseball. C’mon, baseball! It’s supposed to be in my blood. Only I’m not sure what my blood’s supposed to be.

I can’t even hang my sombrero (hat) on soccer. Ready for this?

While my brown-skinned brothers made like Ronaldo and Pele in the streets and in the fields, I intently worshipped a healthy white trinity of American football, Dinosaurs and Star Wars as a kid.

I felt myself turn while in front of everyone’s eyes

As I attempt to find my culture and pass it on to my multi-cultural kids (Elise pointed out during a last World Cup men’s final between Spain and Netherlands that she – being both Spanish and Dutch – would win either way), I brought Elise to Las Delicias.

It’s a Mexican bakery on Central Avenue. We went for a daddy-daughter date years ago.

Ah, to be among my people. Home.

I bought her pan dulce (sweet bread) – it’s a Latino thing; nodded to the Hispanic baker (panadero) in that understanding way we Latinos do to each other; and even sprung for Jarritos, a brand of Mexican soda, for Fernando Valenzuela‘s sake.

Then the cashier (cajero) made the mistake of asking me a question in Spanish.

I felt myself turn white before everyone’s eyes.

Maybe the Latin blood lives on after all.

I stumbled. I’m pretty sure the music (musica) stopped. All eyes were on me. Suddenly, the place was full of banditos, who waited for the gringo to answer. “Pendejo (stupid),” they said under their breath.

I turned to Elise.

“Dad,” she said, “she wants to know if you want her to open the soda.”

¡Aye, dios mio! Maybe the Latin blood lives on after all.

Maybe I was just a carrier. Maybe I harbored the culture of my people and passed it valiantly to the next generation, to preserve the adventures of the Pacheco ranchers and the Morado farmers and the tales of Spanish conquistadors and Aztec warriors.

Eli Pacheco, you are Latino!

“I learned it on Dora, Daddy.” 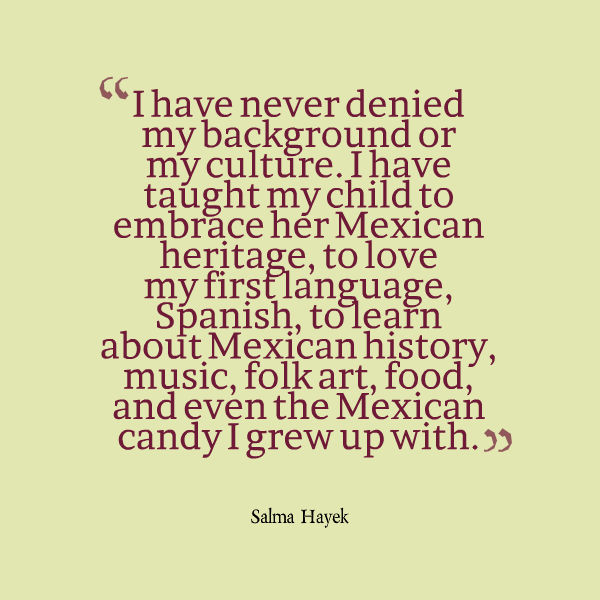