The kids on the bus made fun of a boy for being Mexican, only he was Greek. So they stopped picking on him because they didn’t know any good Greek jokes. I took the preemptive strike.

“I’m Australian,” I declared. They believed it for a hot minute.

Well, almost a quarter of the school year. Just don’t call me Mexican, and by Mexican, I mean Hispanic-American. We might not have come through Ellis Island like your family, but my family’s working on a fourth generation here in the states.

Ethnic embarrassment gets passed down generation to generation.

When I waited tables at a Mexican restaurant while I was in college, I could have wrapped all my tips from my lunch shift in a homemade tortilla. The little fajita tortilla, not even the big burrito variety.

I got more than a few “ME WANT ANOTHER BEER POOR FUH-VOR!” requests. (Why do we think speaking louder – and without regard to grammar – will help the non-English speaker understand us better?)

One day while scooping up another meager pile of coins from a table (maybe they thought I’d be impressed with all the shiny pesos!), a woman at a nearby table decided to dispense what seemed like a wealth of good race-masking advice.

“Know what you need?” she asked and somehow, I didn’t think it was an offer for a high-paying job as a cabana boy. “Glasses. Take those tips, go to Claire’s in the mall, and buy some fake glasses. Trust me.”

I had just enough to make it. (Well, probably more than that, but doesn’t it add to the story?) I made the investment.

The results were stellar.

“Hey, Poncho!” faded away. Instead, I heard, “Are you in this country studying?” Rather than pointing to an empty chips basket and making chomping motions with their hands, patrons at my tables tossed about compliments on my ‘wonderful’ English.

The coins became dollars. Notes on credit card slips. Questions about where I was from.

I won’t lie. It was nice. For a while. But I could still see people hollering to our bus boy for refills. Raising their voice to order ON-cheh-LAH-duhs or “crunchy tacos” from the waiter in the next section.

The glasses didn’t with one big birthday party.

The man of the hour bellowed out for a sir-VEH-zuh when his Miller Lite ran low. He called me Paco or Pablo or Enrique and didn’t mind he was the only one laughing. He made quips about the music, picked on soccer, and probably took a shot at Erik Estrada.

After he ate, he asked what he’d just eaten – gesturing to what once was a proud chile relleno. Who eats something when they don’t know what it is?

I stood behind his chair, made eye contact with his friends and in good, eager broken English told him, “Senor, that’s a Mexican delicacy. Cheese, rice and … salamander!” The table gave a pregnant pause before erupting in laughter. I just walked away.

I put my glasses in my pocket.

I don’t know what they tipped that night. The ladies were friendly, the older guys amiable. But as I walked back to the kitchen window, I saw ‘my’ brethren cooking and sweating and proud of their hard work, without thought to their broken English.

I thought of Latino baseball players who took pride in their homeland and the working men who walked down Central Avenue and nodded at me as they saw my brown face.

We earned every penny. 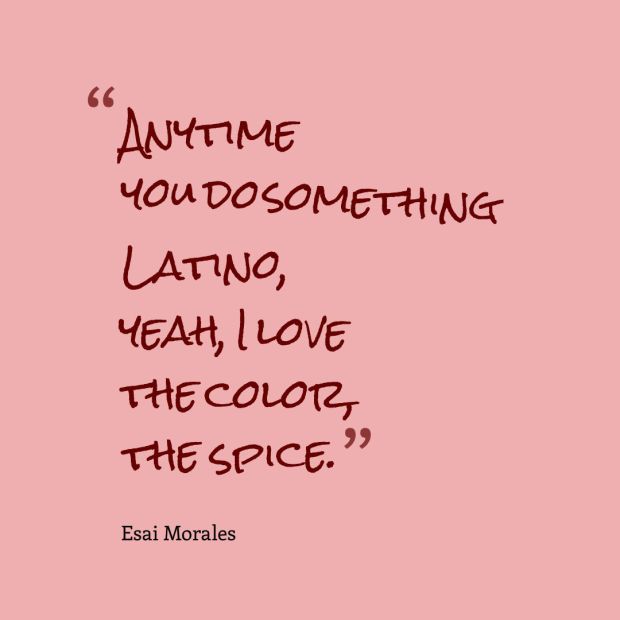