I’ll buy chips for my kids on the way home from soccer practice.

Allow them to wrestle and chase each other. In the grocery store. Look the other way when they throw a little swagger in their soccer game. I’m a little funny, though, when it comes to movies.  My oldest is 14. She can watch PG-13 movies. But I cringe.

Not the language or violence, necessarily. But the themes. The innuendo. The … I dunno, sultry stuff.

Makes me want to throw up a little in my mouth and pee myself a little. I’d rather her see a car chase with a smash-up ending, hear more applications of the F-word, or get startled by a killer, zombie, or politician in the court room than to hear locker-room talk.

Still, though, you want to share movies with your kid.

I’ve picked five that contain some remnants of bad stuff (hey, it was the 80s, and we turned out OK watching these and learning these bad words.) I didn’t mean to make them all old movies.

In fact, Wall-E was on the short list, and would be the first player off the bench should one of these starting five get into foul trouble. So here they are.

Perfect for movie night with your 12-year-old, who knows most of the bad words she’ll need in high school and beyond, realizes there’s (probably) no such thing as killer squids living in the toilet, and attained an aversion to anything that sounds like grown-up talk.

I’d recommending watching them when mom’s got girls’ night out.

Just bake up some Buffalo wings, gather copious and sundry snacks, take a break from the vegetables and a reasonable bedtime, and enjoy.

The plot: Marty McFly, with professor friend Emmett Brown (because, as teenagers, we all should have professor friends), embarks on a journey back in time, where he’ll accidentally cavort with his mom and pop in 1950s America, then try to minimize the damage so he won’t cease to exist in the 1980s.

The message: Cool as it would be to travel back in time and try to improve our life and standing, the wrong twist or wayward turn can threaten your very existence – even with a souped-up DeLorean, it turns out.

The coolest dude: Has to be Doc Brown, although this was the film that launched Michael J. Fox’s career. Any man who would steal plutonium from Lybian Nationalists intent on building on a bomb with it, then give them a bomb casing filled with pinball machine parts, has to sit in the ‘coolest dude’ seat. Agreed?

The lasting memory: Marty McFly’s 1980s rock guitar solo that flabbergasted the crowd at the sock hop. “I guess you guys aren’t ready for that yet,” Marty said. “But your kids are going to love it.”

Marty McFly: Wait a minute, Doc. Ah …  Are you telling me that you built a time machine … out of a DeLorean?

Dr. Emmett Brown: The way I see it, if you’re gonna build a time machine into a car, why not do it with some style?

The plot: Farmer Ray Kinsella, following ghosts voices in his corn field, begins a journey that will include plowing his crops, kidnapping a reclusive author, and building a baseball field that turns out to be headquarters for many others seeking a second chance.

The message: We all hope for some sort of second chance, and it might not be a huge turn in our life – just one more game, one more at-bat, one more chance to feel the breeze on our face and the grass under our feet.

The coolest dude: Moonlight Graham. He’s a North Carolinian, too, who got into exactly one major-league game, in late innings. He didn’t get a chance defensively, and never came to bat. He went on to become a doctor, but the itch for that one at-bat endured.

The lasting memory: Ray Kinsella, finally getting that catch with his dad. I’d love to have one more catch with my dad.

Shoeless Joe Jackson: Man, I did love this game. I’d have played for food money. It was the game … The sounds, the smells. Did you ever hold a ball or a glove to your face?

Shoeless Joe Jackson: I used to love traveling on the trains from town to town. The hotels … brass spittoons in the lobbies, brass beds in the rooms. It was the crowd, rising to their feet when the ball was hit deep. Shoot, I’d play for nothing!

The plot: Archaeologist Indiana Jones, part professor, part adventurer, must race against a Nazi army to find the hallowed Ark of the Covenant, before Adolf Hitler harnesses its powers to strengthen his legions.

The coolest dude: Other than Indiana Jones, a hero of my childhood (who am I kidding? Adulthood, too), you have to give a nod to Sallah, played by John Rhys-Davies, who saved Indiana Jones from eating a poisoned date and proved a worthy wingman on many occasions. I’d bring him with me to Uptown Charlotte at night any time.

The lasting memory: Other than the fight scene interrupted by a plane propeller and the face time for Nazis when the Ark is opened, it would have to be the constant action and circumstance that keeps putting Indy in trouble one moment, and allowing him to emerge as a hero the next.

Marion Ravenwood: You’re not the man I knew ten years ago.

Indiana Jones: It’s not the years, honey, it’s the mileage.

The plot: Man, summer. Baseball. Kids. One kid who wants to play baseball, but is crappy at it. It could almost be my life story, only who would believe a Hispanic kid would be so lousy at baseball? Seriously, this one was an era before mine, but the whole concept of the adventures of a summer with a ball, a glove, and trouble around every corner ought to resonate with just about any American dude my age. Nostalgic, man, nostalgic.

The message: One summer is just one summer, but it can affect every subsequent summer of your life. Especially when you’re not quite a teen – past the boy stage in number only, trying to spread your wings but stay close enough to mama. This film captures perfectly that internal struggle of a boy to become a man, but remain a child.

The coolest dude: I’d pick Benny Rodriguez – so much talent, so much tolerance – but the dodgers cap on his head prevents me. Squints has to be the man, for going off the deep end for the pretty lifeguard who tortured his adolescence. (Sure, his trick was underhanded and wrong, but this approach just seems to work for some guys).

The lasting memory: The boys playing their one night game of the year – on Independence Day, when the fireworks lit up the sky on a Field of Dreams.

The plot: Luke Skywalker, a country kid from a planet with two suns, winds up on an ambitious mission to rescue a princess, save the Rebel Alliance, and begin a journey to becoming a Jedi knight.

The message: There’s something larger at play in the universe, and our path to understanding it shapes us as much as the actual entity.

The coolest dude: Has to be Han Solo. Please understand the wonder that a kid like me lived in just a few years later, when Harrison Ford also emerged as Indiana Jones. No one – not Gerard Butler, not Ryan Gosling, not Zack Galifianakis – could pull that double today. Han Solo was both rogue and reliable, simultaneously cool and clumsy, one part scoundrel and another part savior.

The lasting memory: Luke, turning off his navigation gear, and taking aim at the Death Star by faith alone.

What about you? What movies would you add? 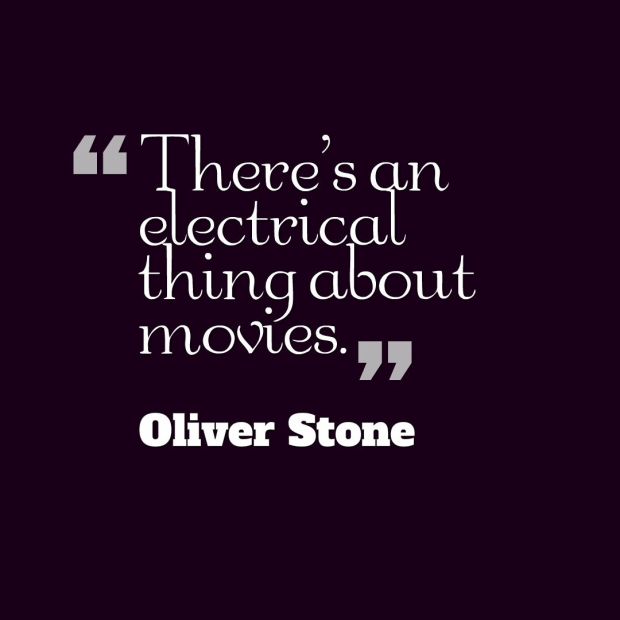