I have visions of Magnum P.I. in my head when this mustache is complete.

Reality is probably closer to Cheech Marin, I realize. See, I’m growing out the Mo. The mustache. I do get nostalgic for the 70s, but this isn’t some generational regression to what once was cool.

It’s part of Movember, a movement among men to leave, as someone at work put it, a lip ferret on our face for the entire month of November.

Why? Fashion. And suaveness. October’s for pink; November’s for lip hair. athletes can sport pink cleats. Runners can paint their hair pink for 5Ks. Everyone can put on their pink ribbons and pink shirts and pink suspenders, to promote breast cancer awareness.

I don’t expect people to stop me in my tracks at Whole Foods to talk about prostate cancer. For them to roll their windows down on Interstate 485 to give me thumbs up in the name of diabetes and obesity prevention.

Or to raise tons of money so that I can do something extraordinary for someone extraordinary like Susan B. Komen or Robin Roberts or Andrew, the kid on my 11-12 team battling non-Hodgkins lymphoma.

They’ll probably look at me and think I’m from East L.A.

Or that I’m a NASCAR fan. Or I lost a bet. But that’s OK. Marie has already said I should shave it on Nov. 11, her birthday, but I explained to her that all guys at my office are doing this, to make a statement.

Growing a mustache in November rates somewhere on the impact scale behind sending a chain letter and above voting Libertarian.

I’ll know when it gets itchy,  I should check my blood pressure, and maybe not pick up a huge bag of sunflower seeds. I’ll know the next time my ‘stache gets all foamy from a Coke Zero, that I should fill up my water bottle a few times during the day, too.

I’ll know that when I run the next step of my Couch to 5K, and my upper lip sweats more than my head, that I’m that much closer to that 5K.

Not bad for a guy at age 40 built more like a linebacker and bulldog than a wide receiver and greyhound. I’ll know that every time the girls bristle at my kisses, that I’m going to get all my screenings as soon as my health insurance kicks in, the same way my dad did.

His story didn’t have a happy ending, through no fault of his own.

Leukemia doesn’t specialize. It just attacks. You can’t go into it with fear, though. There will be things like leukemia I can’t do anything about. But for those, I can? Better fear the ‘stache.

16 thoughts on “Mo than I bargained for: The tale of my month of mustache” 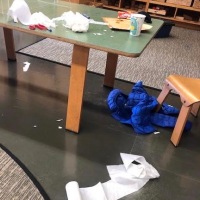 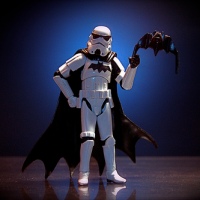 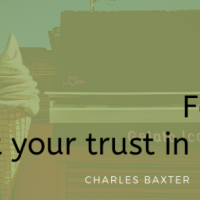