You might remember that daddy/daughter dates are my specialty (when I have a few bucks to spend).

Dollar movies and baseball games, wings with coupons and museum visits. It’s just me, the girl, and undivided attention. I miss these. The Father/Daughter Dance is the Daytona 500 of daddy/daughter dates.

(Or, maybe the Daytona 500 is the Father/Daughter Dance of NASCAR. Depends on who you ask.)

This had been my showcase, people. I was that dad, the one with the dance card full from three beautiful girls. The guy who leads the Electric Slide. The dude who twirls around his girls and dips them and twirls them again.

The guy who not only knows the moves to Macarena, but who also delivers them with the gusto and hip-shaking sass.

In the most manly manner possible, of course. Let the record show that on Feb. 8, 2013, I looked like Michael Jordan in Wizards Blue, not Bulls Red. Like Andy Griffith as Matlock, not Sheriff Taylor. Like Meatloaf … well, like Meatloaf.

I had to get my groove back.

Let’s dwell a moment on my watershed moment, when I had to decide whether it was time to ride off into the sunset or kick like hell and go down in flames. With Madison, all high school now, likely sprawled on the couch at that moment, watching a PG-13 movie with her mom, I had Hayden on one arm and Camdyn on the other, and arrived at the kindergarten-through-8th-grade party with a heavyweight champ swagger and reasonably comfortable pair of shoes, ready to cut a rug right there on the gym linoleum.

I’m not sure what song was playing, but I stashed the girls’ coats in the bleachers and bounced my way out to the girls in the middle of the dance floor.

I’m sure when Cascada sings “Evacuate the Dance Floor,” she thinks of me. But when I reached my girls, my dance partners, including the little one, the one I won a dance trophy with at a sock hop once … they looked at me the way those Disney kids look at their parents.

Disgust, mixed with a little embarrassment, accompanied by the lip curl, eyebrow raise, and laugh track. Only, at a Father/Daughter Dance, there is no laugh track.

Marie, for her sweetness, stayed by my side, while Grace made for the group of like-sized, sugar-hyped second-graders just itching to start a conga line.

I used to lead that conga line.

One cute sweaty-headed second-grade brunette in a polka-dot dress rampaged about on all fours with a speed and dexterity usually reserved for the Discovery Channel. Nearly every song played conveyed a degree of hatred toward dudes.

I peered over my shoulder.

The smattering of overmatched dads held up walls and sipped ginger ale. Some crunched sandwich cookies and goldfish like they awaited execution. They’re the ones who don’t always want to be here, who check their watches after every song.

Their kids wind up in a sweaty, barefoot gaggle of girls sprinting and spilling pretzels and bouncing off each other.

At least my girls wouldn’t do that. “Daddy!” Grace yelled above Taylor Swift’s “weeEEEEEEEEEEEEEEEE will never ever ever …” “Can I take off my shoes?” “NO!” I barked, then stood there, channeling my best McKayla Maroney scowl.

Or the Grinch, casting his gaze upon Whoville. Either/or.

My Brett Favre moment was happening, and it wasn’t a Brett Favre Super Bowl moment with the Packers, or even the gaudy-stats Favre moment during his Vikings resurgence. It was definitely of the pedestrian, disappointing New York Jets era.

(For the sports illiterate, it’s like me as fat Elvis, not 60s Elvis. Now you get it.)

Times have changed. Marie’s heart is sweet. She’s not a boogie baby like Elise. So we talked. We laughed. We grabbed ginger ales, kept a watch for the monkey girl in the polka-dot dress, and wondered where in the heck Grace was.

We had pictures made, both girls flanking me, leaning in lovingly and smiling.

Then we hit the dance floor again. With Taylor Swift’s lyrical angst exhausted and Adele’s undanceable entries fading out, the DJ spun “Footloose” next. Right in my wheelhouse. Or at least my generation.

I can’t gymnast-leap through a warehouse like Kevin Bacon at my age (hell, even when I was Kevin Bacon’s age in the movie), and I am not able to boot-stomp like Chris Penn, but I can move it move it. And I did.

And this time, the eyebrows stayed down. Grace kicked it up. Marie’s knees, I’m convinced, bent a little bit to the beat.

But if the Father/Daughter Dance is the Daytona 500 of daddy/daughter dates, at least I haven’t been crunched into the wall in Turn 1. 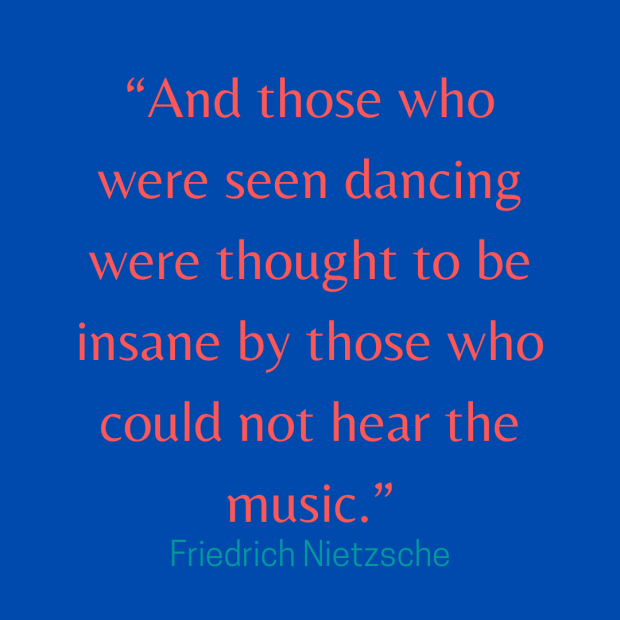