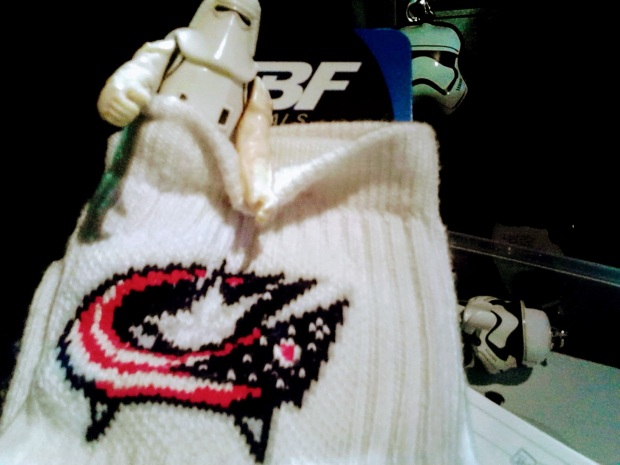 The running gene seems to skip a generation.

Exhibit A: Me. The dude who needed Girls on the Run to conquer a 5K, as I followed Marie’s swinging ponytail.

Exhibit B: Rory, from Time Out for Mom.

We each have kids who run, though. So, we’re sort of a sacrifice for our kids to really spread their wings. Or feet. Whatever.

Please give Rory a warm welcome, and excuse her Canadian spellings. (We’re so international around here). And check out Rory’s blog, where she does a Tuesday coffee chat, and even tells a little about herself. Did you know she’s a superhero, too?

Run over and check it out. Unless, of course, your kids run. Because that means you probably don’t.

But as Rory proves, you can still be a hero. A superhero, even.

As a former track star… no, really.

Yay, yay – granted. I only run when chased these days. But that doesn’t mean I cannot run. That I was not once super-fast like greased lightning. To think that I cannot tap into the Speed That Once Was….just let me set this Pumpkin Spice Grande and homemade coconut banana muffin the heck down and…..

As I was saying.

Since I did track in my youth, I was quite pleased that my eldest (9-year-old boy) recently announced, around his own mouthful of delicious muffin, that he was going to join the Cross Country Team at school.

Now, you would think that this would lead to a discussion about the best running shoes, Dry Fit clothing and perhaps fewer muffins on the side.

At first, I was all like “Awwww, darling son knows I used to run in school and has decided to be a star just like his mom. I’m his hero.”

Kids like to destroy your delusions of grandeur too.

So like any good parent, I cuddled up in my bed with my now considerably less darling son, who should really wipe the look of surprise off his face that mommy used to run track if he wants popcorn with this movie moment.

After the movie, the volley of questions I was expecting concerning heroes: Who we choose, why we choose, are they actually afraid of anything and how the heck do you get this magical thing called “courage.”

But no. He just wanted to go to sleep.

Kids. There’s just no depth to them – know what I mean?

But my mind: Oh, it was swirling.

Who will the boy choose as a hero? Since it is clearly NOT his java guzzling non-running mama.

I think of the young celebs achieving so much, so soon, so fast these days.

Miley as Hannah Montana? That might not be so bad.

Miley twerking against a married man and father? Hell to the No!

It makes me wonder what price these people will pay in their 30s, to purchase back what they gave away so freely in their 20s.

Well, I guess the golden rule we should keep in mind as parents: My kids are already watching someone. Every.Day. Copying what they see and hear.

Me. And hey peanut gallery: You also.

This gives me pause. Because. Uh Oh.

Truth just came rounding third and is Full Tilt Heading Home. Am I safe? Am I winning at being the example I wish to see in my children?

What is my batting average at this parenting gig? Some days, I am not so sure it is Major League Worthy. And yet, I am in the show. All.In.

Make mine a cosmo

And on rare days – I must say; I can knock this parenting gig right over the wall left-center field. There may have been a few Hail Mary’s muttered in the winning: But it is good nonetheless. Other days, I just want to hide out in the dugout and drink beer. (Not really. I’m a Cosmo girl.)

More importantly, I realize that both sides of me – this winning and losing – are Okay. A Hero is not someone who never made a mistake. Never fumbled or failed. No, a Hero is someone who keeps going – no matter the losses, or the odds.

They don’t give up. Quitters do. They walk off the field when the going gets tough and they’ve fallen too far behind. They don’t want to play anymore.

Winners always want the ball, when the game is on the line.

(Don’t let me down Coach….name that movie.)

The hero of the game is most likely the one who, despite the score or the possible outcome; says: Put me in Coach. I want to play. I want the ball.

And maybe he wins. Maybe he loses.

But the lesson I’d like my son to learn is; that in stepping onto that field – when all the signs are saying It Is Pointless: he has already won.

And he showed me that in his first race.

A storm hit our little town at exactly race time. It was cold. It was windy. It was pouring rain. He was soaked before he ever hit the starting line. His feet sloshing in his already drowned runners. Dry Fit was not going to help him at all.

But he ran. And when he got so cold he couldn’t run – he didn’t quit. He walked to that finish line. He was second to last – his little heart pounding in exhaustion…..and disappointment.

“I really wanted to do well mommy.”

Oh, baby. You came. You ran. You finished. That is all the “well” anyone can expect of you. Especially on a cold October rainy day like this.

And one for mom.

Kids eh. They can so surprise you.

And together; we’ll keep our eye on the ball.