Sometimes, being a dude blogger in a field women rule is no big deal.

We’re all parents. Dads and moms. And when I’m out and about dropping comments, it rarely comes up. But once in a while, I’ll find a new blog. Maybe it’s through a linkup. Or a Google-plus post. So I click the link.

And find something foreign.

Not a blog in French, although I’ve found those too. No, sometimes, it’s a blog about something like … fashion. Complete with a brief description of tunics and accessories and maybe a wedge or something, which I think is a type of women’s shoe.

So then I feel a little awkward.

Like I just burst into a Mary Kay party with my sweaty Rockies cap on. What do I do? Say, “that looks great on you.” No, too forward. “Nice.” Too creepy. “I love raglan in the spring!” Too not-straight. What’s a dude to do?

I don’t have an answer. But the kids, they have good questions for the week. I even had to make a quiz to answer one.

1. How do they make the first-down line on TV?

It’s a little more technical than the lines they drew with shaving cream for World Cup free kicks.

Back in the dark ages, we football fans had to find the target marker on the sideline. We followed the little orange strip of plastic, and imagine a first-down line. Announcers like to remind us the line isn’t official. If you bet a G on the Buffalo Bills to move the sticks, you can’t sue CBS if Ramses Barden falls short, but looks like he’s over the line.

It’s complicated. It’s a computer-generated image that must adjust to field orientation and scale. Also, it has to account for crowning on an end-zone-to-end-zone axis to help with field draining. It also has to not draw lines over linebackers and back judges.

Shaving cream would be so much easier.

2. What’s the difference between a punk, hoodlum, thug, and hipster?

Let’s take a quiz! Answers appear at the end of this post. You must choose an answer for each question. Even if it doesn’t fit your perceived demographic. We’re all about discovery here on the CD. Be sure to reveal your result in comments below!

Pick the answer that fits you best.

1. You’ll most likely find me hanging out at …
a) the coffee shop
b) a parking lot. What are you looking at?
c) a show, ok? Don’t wait up
d) Where the drugs at?

3. You’re likely to find me listening to …
a) The Strokes
b) Eazy E
c) a band I read about on a telephone pole
d) Eminem 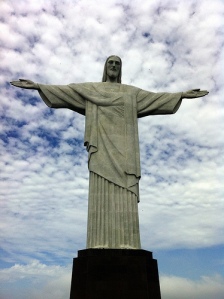 A direct flight on US Airways from Charlotte to Rio de Janeiro, Brazil, will take 9 hours, 55 minutes.

If you take a flight with connectors, that could extend to more than 14 hours.

That’s roughly the duration of all the Na-Nahs at the end of Hey Jude.

You could hear the entire discography for The Strokes and Eazy E back-to-back.

4. How many gallons of gas fill up a car’s tank?

Not enough to get you to Rio – but definitely enough to get us to Rio Bravo Restaurant in Charlotte. Not that we’ve ever been there.

Gabi, my loving Pontiac Grand-Am, takes about 12 gallons of gas. She doesn’t have a huge appetite, and that should get us about 300 miles of driving.

I know! That’s the year the pittsburgh steelers won a Super Bowl they shouldn’t have.

5. Don’t they check your ID when you order alcohol?

Psh. They didn’t even check mine on my 21st birthday.

Clerks and servers should to check your ID if you look 30 or younger. If you’re older than 30 and get carded, you ought to make it a social-media status update. And leave a 20% tip.

No, the last time I had my ID checked, I was in Good Will.

Buying a Strokes tour shirt? If only I was that cool.

Point values for each answer

A Metrotimes blog described the hipster this way: “You can recognize an approaching Hipster if they are wearing a beanie, glasses that contain no prescription lenses and look like the bastard offspring of a hobo and a rocker.” 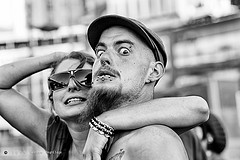 Yourdictionary.com described a punk this way: “A kid who hangs around on the street all day giving attitude and occasionally shoplifting or stealing wallets is … a punk. … any person, esp. a youngster, regarded as inexperienced, insignificant, presumptuous, etc.”

Thug’s a sore subject in post-Richard Sherman America, 2014. So I’m going to go with an answer I found on Yahoo! Answers:

Anyone who uses crime and/or intimidation to get their way is a thug. Gender, race, class-it makes no difference. Al Queda are thugs. Gang members are thugs. Klansman and neo-Nazis are thugs. The bully that beats up your third grade cousin, is a thug. Companies like Wal-mart who bully around the suppliers and competition are thugs. It’s really universal.