A one-year contract. One million dollars.

Sometimes, a Go Ask Daddy question takes on a life of its own. Grace asked if I would play in the NFL for $1 million, one season. I dreamed of it as a boy. I drew pictures of my jersey as a boy. I practiced my slow-motion touchdown runs for NFL films as a boy.

And I’d do anything for my kids, you know.

This question came to me at a crossroads. I’ve loved the NFL all my life. It was a bond with my dad, who gave me his old preview magazines when the preseason began. I read them until the pages softened with hours of study and dreams.

NFL players were my heroes.

Today, my heroes struggle. They battle life after football, solemn times wrought with suicidal thoughts and excruciating pain. Of battered bodies and brain injuries dismissed in the heat of battle. They’re paid for the hits with such life-draining interest added.

Would I do it? Would you?

When I played an actual varsity football season, in eighth grade, I was cocky. I wanted to run one play – just one – against Chicago’s 46 defense. Give.me.the.damn.ball. After all, I’d scored a two-point conversion once, in a JV game, the year before.

I’ll pick a team with an NFL random team generator.

The generator picked … San Diego Chargers. Yuck. It’s not the oakland raiders. But it’s a division rival with enough piss and vinegar with my Denver Broncos to render it near the bottom with oakland.

I once kicked a 25-yard field goal on an NFL field – with plenty of leg to have hit from at least 40. Trust me. Marie even admitted it just yesterday. It was at the Carolina Panthers’ Bank of America Stadium during Fan Fest. Media get to bring the kids.

Today, at 42, I’d be better served as the dude who holds the ball on a field-goal attempt – but they don’t draft a guy just for that job.

So, let’s recap: one year, $1 million, for a season with the San Diego Chargers.

My first exhibition game would be Aug. 7, at home, against the Dallas Cowboys. I’d leave free tickets for Frugalista in Seattle (Aug. 15). I’d need many more for my grandma and many uncles, aunts and cousins in Denver (Oct. 23). And Dana and her family would have tickets waiting at will call in Baltimore (Nov. 30).

The Super Bowl next season happens to be in Arizona, Feb. 1. Get your requests in now.

And, I’d get fish tacos. (I associate every NFL city with their cuisine. I can watch the Tennessee Titans and Seattle Seahawks play, and I see in place of helmet logos barbecue and salmon steaks. But just for a moment, right around halftime).

NFL kickers are subject to injury, though, just like linebackers and wide receivers.

Not exactly just like. Jaguars punter Chris Hanson gashed a leg in 2003. Not during a courageous block. He struck his leg with an axe as he took a motivational tactic from coach Jack Del Rio to the extreme. The Bucs’ Bill Gramatica won a game with a field goal – and tore a knee ligament as he celebrated.

The price for that blindside hit from Steelers linebacker Terence Garvin? One cracked vertebrae, one broken jaw.

That would be me.

That’s just part of the problem, the helmet to helmet hits. The league puts rules into place to protect players, but enforces them less every week. Today, players, cognizant of what’s befallen the men before them, still get their clocks cleaned.And feel the need to get back on the field. Pronto. 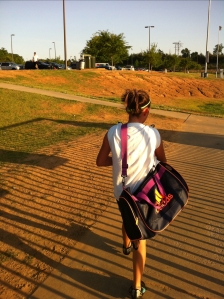 So, yes, Grace. I would sign that one-year, $1 million contract. It’d be my choice. A million dollars buys a lot of chicken nuggets, even after Uncle Sam takes his cut. I’d stick my left leg and my neck out for 21 weeks of football for all that.

Plus, I’d get a jersey, free travel, and fish tacos. I’m sold.

But I’m not sold on watching your future heroes continue to take a beating. For me, and football, that link that bound my dad and me, we’re at a crossroads.

Will I watch our Broncos try for another title? They have such a great chance.

Will the league finally admit the harm it let strike its former players, and protect the men it employs now from a similar fate? They have such a great chance to do that, too, but I have far less faith.

Sure, I’d chance a nasty hit for the Chargers, for you, Grace.

Can I cover this sport another season? Can I forget what’s happened to Tony Dorsett, Joe DeLamielleure, and Junior Seau?

Today, I just can’t answer that one, honey. 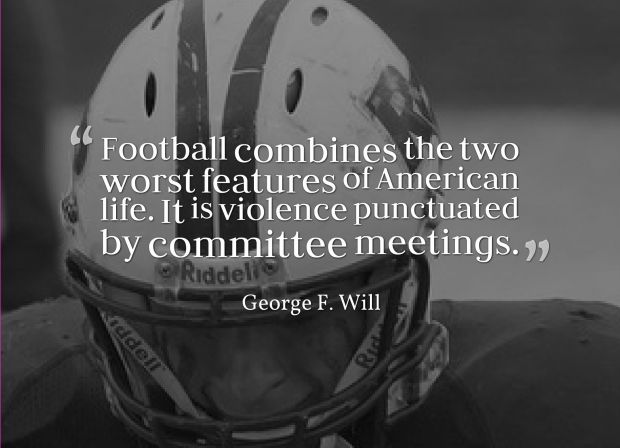