I get around to asking various bloggers to camp here on a Wednesday.

Once in a while, a blogger beats me to it. Lisa Bagchi of Black Panty Salvation chimed in on a post called A Guest Post is Worth 11 Smartphone Photos. Right? She came out and pitched her own guest post.

One visit to her blog and you’ll know why. Lisa writes that her blog is about “motherhood, candy, pregnancy, TV, photography and birth, but not that in order nor in equal parts.” Her blog has morphed to one about IVF and infertility to one about breastfeeding and parenthood.

I chose Black Panty Salvation as my blog’s title because it was 1) provocative and would garner many views from  people googling “black panties” and 2) black panties covered the blood of my many miscarriages.  I guess this is a humor blog?

Give Lisa a warm CD welcome, and be sure to check out her blog, too.

I’ve had an old iPhone in my drawer for several months now.  I looked into donating it (too busted up) and also talked to my babysitter’s mother about giving it to him (maybe for his birthday in the fall).

The longer it sat unused, the more energy I spent thinking about its uselessness.  I couldn’t take it, so based on the success of giving Arlo my old Kindle last Easter, I decided to give him my old iPhone this Easter.

I stripped it of everything but the camera, map, weather and compass.  I was presenting it to him as a camera as he’s always wanting to use my Canon, and the other tools I felt he would find interesting but only for a short time.

I had every belief he would use the camera as he uses his Kindle, which he self-regulates perfectly. 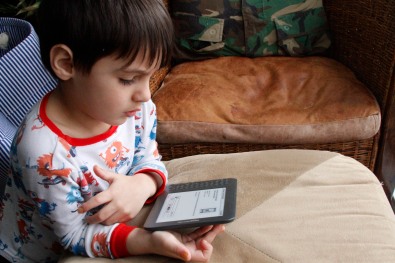 His iPhone has no cellular service, no apps, no browser, no videos, no games.

It is a camera.

Balls if this kid didn’t unlock every single goddamn hidden feature within five minutes.  Did you know that the compass turns into a level if you hold the phone sideways and click your heels three times?  But who cares about a level, right?  Level is learning!  Have at it!

“THIS IS THE BEST EASTER MORNING EVER!” rang out between the church bells of Montreal.

Soon enough I saw something moving on his screen.  “Gimme that.”  He had clicked on Videos and opened the iTunes store to which my account is automatically linked.  Shit.  I moved the Video icon into the second-page folder I had titled “NO”.

Now it’s a camera with a couple of tools.

“Yahoo?!?  Why.am.I.looking.at.the.internet.on.this.camera?!?” ten minutes later.  He had turned on the wireless and automatically connected to our home’s wifi.

Still, none of this clicking around was too much of a problem, I expected such exploration.  I was pleased he was so excited and assumed like any other much-coveted object, its novelty would wear off soon enough.

It’s just a camera.  But Arlo’s single-mindedness wasn’t dissipating.  The bloom of his new “electromance” kept growing and soon it was this Thing with us in the room.

Sweat started to run down his forehead as his battery ran out of power.  He and Kris came home from lunch and they both sat in the window facing each other, staring at their phones.

I shivered at the landscape, realizing I had introduced something that would need limits and monitoring and ohmygodwhathaveIdone.  The final straw however came from Farrah Star.

Yes, Baby.  I made a huge mistake.  I too see how instead of coming home after school and playing with you he will play with his phone.  He will now have to be reminded and cajoled to engage and I feel as badly about that as I have anything else as a parent.

By 11 the next morning, I parent-ed the hell out of this situation, assumed 100% of the blame, wiped away tears and bought him a new Lego. 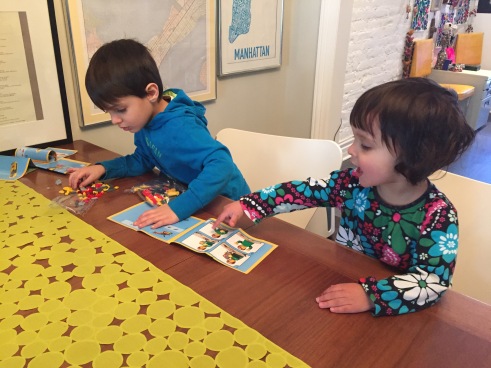