This week has given me new news to hate and reminders of old news that I still hate.

So extensive is my disdain for the decision to suspend USWNT goalkeeper Hope Solo for six months – and terminate her contract – that I rattled off a topper to this week’s Go Ask Daddy in defense.

I started to bang out a list of people who deserve harsh words more than Hopey.

I got to 35, and saw the word count bulge to 600+ – and I hadn’t even gotten to my kids’ questions! I contained all the vitriol, and will continue the thought for Monday’s post. You’ve been warned.

Unless you’re responsible for Adam Levine’s animal noises in the midst of Maroon 5 songs or you designed the Cleveland Browns’ new uniforms. Oh, the reminder news I hate? It’s been 10 years since Pluto’s demotion to dwarf planet.

That’s messed up, right? I want to carry a Sharpie and draw in Pluto on revised solar-system maps. I’ll even depict it bigger than Jupiter in protest.

It’s the worst decision in science since they decided to take McDonaldland cookies out of Happy Meals.

1. How many babies are in quintuplets?

It’s five – the same number of planets that should come after the asteroid belt.

They’re also called quints. I’m pretty sure a pack of quints is called a scrum. Can you imagine? Dirty diapers, hungry bellies, and fights for teenage bathroom real estate – times five. This family in Texas had the first set of all-girl quints last year. Of course, Texas.

Their mom said she began training when she learned she was pregnant, to prepare for the monster birthday. She even maintained a 4,500-calorie diet.

Which means I could totally have quints right now.

2. Do they have Star Wars Build a Bear?

Have them, they do, as Yoda would say.

Star Wars Build-A-Bears for Finn and Rey are, well, bears, of course. Finn is a black bear, amusingly. (So is Poe Dameron, so there’s that.) Or maybe you get to decide what color to make your bear when you get on site. I’m digging the Stormtrooper bear.

Build-A-Bear isn’t for the middle class. I’m glad you guys got your B-A-B time in, though, when you were little. Watching you kiss the heart before they stitched it up inside your bear? Purely awesome. Kind of gives a kid a glimpse into what we feel like as parents.

Only we don’t get to kiss your heart.

3. Why don’t women have facial hair?

Geez. This one’s embarrassing to look up at work. (Pretty sure a designer walked by and saw it on my screen. My Creep Index: 10. So I just called up the Wikipedia page on Stradivarius to keep on my display. Distinguished gentleman index: 2. (I do have two Darth Vaders on my desk. Only so much I can do.) )

Blame it on androgens. That’s the hormone we fellas carry way more than women do. It gives us whiskers on our lip first, then cheeks, then chin. When we’re growing it out, we look like molting geese who’ve been tumble-dried with the world’s lintiest socks.

My beard comes out mostly gray, so when I grow out some chin music, I look like Michael McDonald, circa 1985. It doesn’t match. Turns out, it’s because the hair follicles on our faces fade out quicker than the ones on our head. Eventually, I’ll be full-on Kenny Rogers.

4. Do cities have official colors?

Some are unofficially official.

Pittsburgh’s sports teams – the Steelers, Pirates and Penguins – share a black-and-gold color scheme. The city’s crest features black and gold (also, a lion, a chained-up antelope and a stork, but that’s neither here nor there.) Toronto teams sport mainly blue.

Miami has splashes of colors common to Floridian gaudiness, with teals and oranges. The Miami Heat’s black-and-red scheme could use some infused Florida flash. Outside of sports teams, cities do have a color palette – and it’s nothing contrived. Check it out.

Persnickety means you pay attention to stuff that doesn’t matter.

Call it careful. I call it narrow-minded. Tunnel-visioned. A set expectation of what’s important, only, the things found important likely fit well in the trivial bucket. Not that I’m judge and jury for what’s left in and what’s left out.

I do think part of being a good teammate is having a teammate’s back, even if she’s not at her best. Tactically or verbally.

I do think kids make mistakes and realize their mistakes, and don’t need a grownup to always yell at them because they know they’ve made the mistake.

I do think Star Wars in the mainstream makes a purist like me squirm a little – but if it means more people can enjoy what we love, I’m good with that.

I do think a city’s landmarks and clichés and touristy spots help identify it – but finding the town’s best mom-and-pop pizza joint shows me more about its color than anything.

I do think Hope Solo will be missed. And we’ve done a great disservice to her, and her team, and girls’ soccer overall. You needn’t be perfect to have worth and a place.

And I do think Pluto’s a planet. Dwarf planet, my arse. 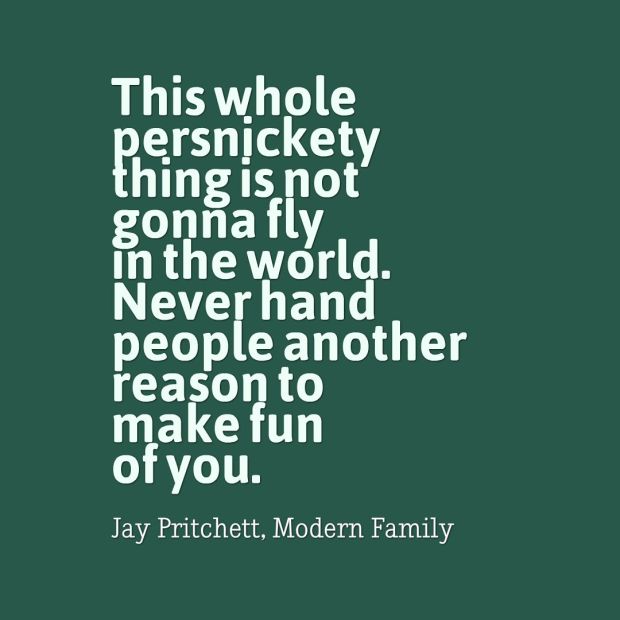