I’m all about culinary diversity. 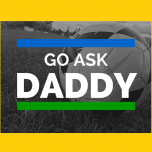 You won’t believe me, given the playtime the Gastronomic Trinity – cheeseburgers, pizza, and tacos – gets here. But I’ve eaten Indian food for the first time recently, thanks to my millennial/liberal friends. Took a break from the burger joint and everything.

(They can keep their sushi, though, actually.)

I love some Pad Thai, also. I hadn’t had it in my first 43 years on earth. Sometimes, the sense of adventure in food comes without me knowing it. I accidentally ate alligator once. I ordered fish on a stick in a rural north Florida town.

It didn’t taste like fish, and it didn’t look like chicken – those were the only other two things offered from this deep-fry wagon. Ergo …

My girls can be adventurous, too. I don’t have the heart to have them try Rocky Mountain Oysters the way my family did. That means, without prior warning. Maybe it’s a rite of passage for Coloradans. Thing is, they’re kinda tasty. Just being honest.

1. Have you ever had crab cakes?

Yes, and they can be delicious. Better than Rocky Mountain Oysters, even.

The key to great crab cakes, like writing, good soccer teams, and life, really, depends on what you put into them. It’s simple logic, really: If I don’t like an ingredient outside of a crab cake, I will not like it rolled up inside a crab cake. Guaranteed.

Man, some Old Bay seasoning. Panko bread crumbs, an egg. Mayo, some mustard, and a dash of Tobasco. Ground black pepper, a little salt to taste. A little butter on the cookie sheet, a dollop of tartar on top. A squeeze of lemon to top it off.

What if I put thousand island dressing on top instead of tartar? Or wrapped it in a tortilla, with yum yum sauce? I’m seeing an egg salad with paprika – prepared like you would a deviled egg – and hush puppies, maybe an amber beer in a glass. 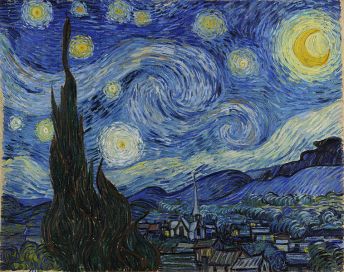 Definitely not in homage to the Dallas Cowboys’ helmets.

(I thought they had that logo because it was like a sheriff’s badge.) Outside that helmet, and the middle of the Converse logo stars in the actual sky look kind of pointy, like a burr or my chin when I don’t shave.

To represent a star accurately would deem it a horrible choice for a football helmet. Even the Cowboys’. It would be an indistinguishable blob with random points. Think about it – if we drew hearts to reality, that would be an ugly way to send a valentine. But I digress.

Egyptian hieroglyphics represent stars much in the five-point way we do here in America. The Star of David has six stars, in a show of one-upsmanship.

Our eyes deceive us when we see reality, and then try to replicate it. Kind of like the championship hopes of the Cowboys, Chiefs, Raiders and Seahawks.

3. What’s the difference between lo mein and chow mein?

There are three mein differences.

If the wheat-flour egg noodles in your bowl are fried crispy, you’re dealing with a chow mein. If they’re boiled and soft, you’re dipping into the lo mein. When in doubt, just order the sesame chicken with fried rice, and call it a night.

If you’re set on one of the meins, just toss it up with some beef or chicken, soy sauce, hell, even a handful of veggies, and now we’re talking.

4. Could you eat that Aveeno yogurt stuff?

Gah, you kids, and your food questions. Where does this even come from?

The Aveeno website describes the lotion – packed with yogurt, vanilla and oats – as “rich, creamy.” It’s basically hitting the hot buttons of any 40-something man whose culinary senses were shocked awake by late-night crab-cake talk, followed by a dissection of the Godhead of Meins.

As I polish off the remnants of a bag of tortilla chips (the bottom 5% that no one wants to eat, because you can’t scoop guac with them), I posted a plea on Facebook:

Hey guys – I have the munchies, and the only thing around is one of those Aveeno yogurt lotion tubs. It has vanilla and oats. Is it okay to eat this?

I know it’s after midnight, but a lot of my friends have those little green dots next to their names, leading me to believe they’re lurking on the ‘book while they’re lying in bed shunning REM sleep and cozy time with their significant others.

Finally, Renee Shuls-Jacobson – my favorite Bills fan who doesn’t really like the Bills – chimed in. “Don’t do it, man,” she reasoned. Crisis averted. Did you know they make these in apricot and honey, too, though?

5. Are the Paralympics for handicapped athletes?

The Paralympics work similarly to the Olympic games.

Participants are categorized by their disability into sport classes. It’s to ensure fair competition, much like you girls playing in certain age groups or wrestlers competing against other in their weight range. Paralympic.org lists all 10 eligible impairment types.

That’s only a sliver of the story. The Paralympics are held where the Olympic games are held, and star some incredible heroes.

South African swimmer Achmat Hassiem competes as a result of a Great white shark attack in 2006. He named the shark Scarlet, and he visits her near Cape Town every summer for inspiration.

American Dawn Macomber, an Army veteran who injured her back during her service, became the nation’s first woman to compete in a para-bobsled World Cup. She has her sights set on the Paralympic Winter games.

And Egyptian Ibrahim Hamato, who lost both arms in a train accident at age 10, competed last summer in Rio, serving with his toes and holding the paddle in his mouth.

I’d be honored to sit down to lunch with any of these athletes. Even for sushi. 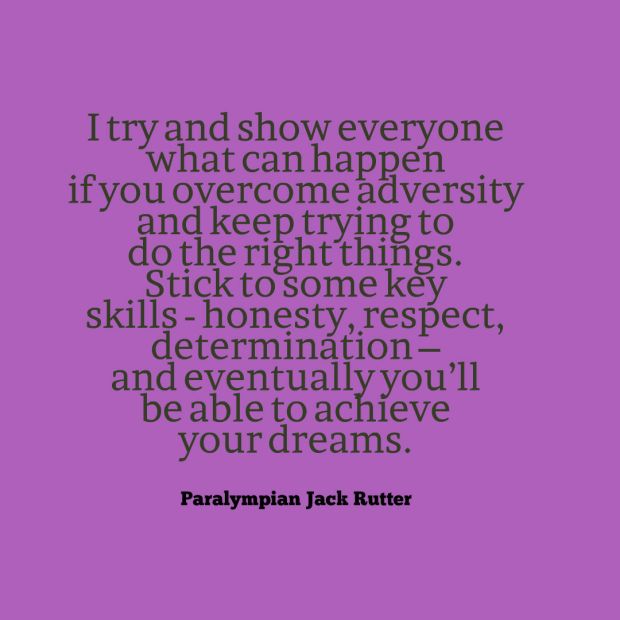