We have this silly rule, the kids and me.

It’s instituted because, 100% of the time, winter, spring, summer or fall, at night and by day, from school, from training, from detention (no, they don’t actually get detention), the girls, each of them individually and together, enter my car and my day with two words:

If there’s something on the way home, we’ll stop. (As long as we haven’t slumped into overdraft yet.) Grace has begun a subliminal campaign (whispering QT, for QuikTrip and their slushies and donuts, when she gets in the car with me.)

The rule: We will stop only if the place is on our side of the road.

This works out unless the kid who asked for a cheeseburger after soccer training tonight falls asleep before we can even get to McDonald’s. Then I’m off the hook. I believe the QTs and McDonalds’ of the world place their stores strategically to exploit our strange rule.

1. Why did they put a Marco’s Pizza next to a Papa John’s?

Competition, my girls, like what you do with a sack of beef jerky or one of my sweatshirts.

Your entrepreneurial spirit might move you to say, “hey, pops – mind if I come along?”

A spot in my car on a Saturday afternoon when I play at that certain disc golf course leads mostly to a side trip for snackage. In a convoluted way, this is why we see pizza joints or burger joints spring up surprisingly close to one another.

If we know the people who pass that intersection love pizza, why not put your own restaurant nearby? Soak up some of that consumer appetite? It leads to wins for us, those who consume, in the form of sales, coupons, and dudes who swirl pizza specials signs.

Yes, she did, and she wasn’t referring to the Colorado Rockies bullpen. This time.

It’s in this verse of Back on the Chain Gang, by the pretenders. That “she” is Chrissie Hynde:

A circumstance beyond our control, oh oh oh oh

The phone, the TV and the news of the world

Got in the house like a pigeon from hell, oh oh oh oh

Threw sand in our eyes and descended like flies

Put us back on the train

Oh, back on the chain gang

Chrissie wrote the song and showed it to guitarist James Honeyman-Scott, who liked it. He died soon after of a drug overdose, and Chrissie considered it a tribute to him. Robert E. Howard wrote a short story entitled Pigeons From Hell, the evident birth of the term.

In another twist, the piece wasn’t published until two years after he died, in 1938. It’s a horror story, of a plantation mansion that pigeons from hell haunt. It’s set in New England, which makes me wonder why the Patriots passed on such a harrowing mascot.

3. Do you work on your company trip?

Do I work. You bet your slushie I do.

We work our way through customs, and even getting to the airport at 6 a.m. for the flight to Cancun. We work through check-in of 800 co-workers, 795 of them millennials, 704 of those closer to their last spring break than getting their own health insurance.

We have to work through crowds, sometimes two and three thick, to order at the bar. And we have to work out that Coka Lite is what they call Diet Coke for your rum, but you can also ask for Coka Cero for the Coke Zero.

Mexicans have different words for almost everything, turns out.

Honestly, we do work. Our company meeting, the reason we go, details what we’ve done in the past year, and details where we’re going. We always win, though. Like, always. Like, 49ers/Celtics winning always, only not quite as annoying.

It’s pretty incredible to have an annual company trip in a warm climate. Not just warm – Columbia, S.C. is warm. Tropical, in the dead of winter. We’re not taking a trip next year, they say, but you know what? It’s still an awesome place to work.

Not just because I can drink all the Coka Cero I want for 50 cents a day, either.

4. What does Oregon do with all those uniforms?

The University of Oregon has 66 football uniforms, according to the site uniformcritics.com. (Yes, such a site exists!)

Remember what I said before about being in the right place at the right time? You know, about the kids and QT and pizza joints? Well, that’s for Oregon, too. It doesn’t suck to have your campus set up near Nike headquarters, with Nike founder Phil Knight among your alumni base.

That’s what led to the Ducks (Yes, the Ducks!) having the most bodacious football oasis in the world. Oregon’s official colors of green and yellow figure prominently, but not exclusively. Oregon helmets have been mirror silver, matte black, and hot pink.

Jerseys have been pale yellow and electric green and even red. Many have duck feathers on the shoulders, which, in seasons in which the Ducks are high-flying national contenders, show moxie. In seasons they’re not … they look like lace on a biker gang’s leather jackets.

The New England Pigeons from Hell – I mean, the Patriots – sent their prematurely printed “18-0” T-shirts from their almost unbeaten season to the needy in Armenia and Zambia, who don’t give a fig about Rob Gronkowski’s dating life.

The Ducks, though, take a different flight pattern when it comes to their unneeded threads. Rachel Bachman, on the blog Oregon Live, says uniforms go to one of four places:

That’s camisas de patos, for those still in Cancun.

5. What makes these strawberries organic? 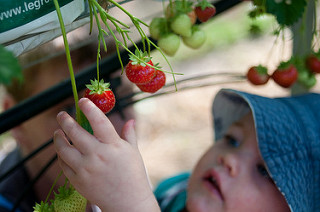 The biggest indicator of organic anything is lofty price tag and a spot on a shelf in a pretentious grocery haven. Organic stands for food that hurts no one and inconveniences no one and is free of tyranny and pesticides and fossil fuels and unfair monikers.

This is, I realize, the assessment of a man well on his way to a curmudgeonly existence, who yet still also thinks nothing of carrying Star Wars figures in his pocket.

According to weeaddup.com, strawberries sold on my side of the tracks contain as many as 54 harmful chemicals. In perspective, that’s far fewer than Oregon football uniforms, which I can’t imagine are particularly earth-friendly, but still, that’s a lot.

(You thought I was going to say chemicals again, didn’t you?)

So, I wish the farmers who delivered to my grocery stores would take the organic route, but it’s more expensive, I guess. But maybe if one did, one store stocked shelves with less chemically-enhanced produce, then, maybe, another one, across the street would.

And we would probably stop there on the way to QT, wouldn’t we girls?