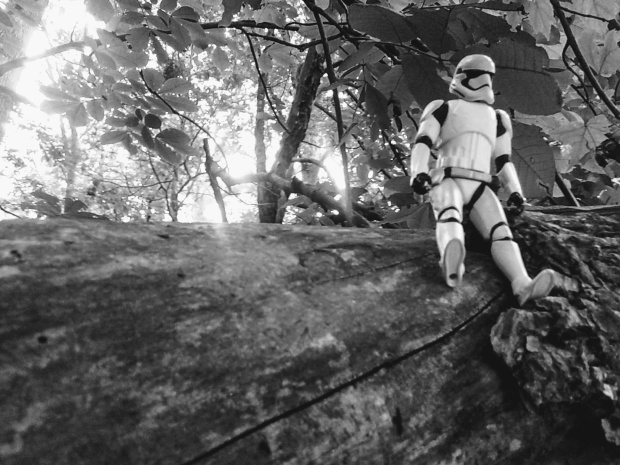 Note: This is part of an occasional series about my journey to find a job.

This is a story about a boy.

This boy has a story to tell. He hasn’t been allowed to tell it. Then, he thought better of telling it. Because it’s a story about losing a job and feeling lost and helpless. He usually tells stories of enchiladas and bad-ass soccer girls.

But he’s standing here now, wearing a hair net and smelling of bulk scallops, wondering who he is right now.

Only, that thought lasts less time than it takes to bag up a pound of scallops (or wrap a whole salmon without dipping your sleeves in salmon slime.) When an employer tells you you’re unfit to write any more, out of the blue, you can do one of two things:

You can believe her, or not.

You can tell her to go play leapfrog with a unicorn and go write. Somehow. Somewhere. That’s what I’m doing, although, from the days of old (well, November), when I blogged on the regular, tons has happened – and I’ve snagged a few stories in the process.

When the journey began

The best news is that today, I have three writing gigs on the radar.

I’m happy about that. This journey has been a month in duration, but it began way before that. It began when I got switched to a team writing things I knew I could write but weren’t in my wheelhouse. It’s like asking a baker to fry you some oysters.

That baker could probably do it.

I don’t want to spend much time here. My new boss didn’t agree, had me sign a slip of paper that said I was no longer fit to be a copywriter there, yadda, yadda, yadda, I fought the power, lost, and now spend lots of quality time on LinkedIn.

I know the drill.

It’s what many of you have done. You move on, you polish the resume, try to catch up with the job-chasing game, and start to ration out, at least in your mind, hot water, milk, and generic Cap’n Crunch.

You make getting a job your full-time job.

And sometimes, you wind up in a membership warehouse on an interview, giving honest answers, internally relishing the chance to be on your feet again, literally, helping customers and earning a paycheck.

[Learn more about the A to Z Challenge here.]

A is for Approachable Stranger in Target