I grew up uncle rich.

I’m not talking rich uncles. I’m talking men who took the role to heart. I want to recognize each here with a little shoutout. I love them all (and my aunts too).

Alice: After dad died, she made teddy bears from his shirts for my daughters.

Rosa: Rest in peace. She wrapped a football for under the tree for me without a box.

Sandy: A sister to me. Showed me the band Rush. And Bozz Skaggs.

Efrain: At our going-away party from Colorado to North Carolina, he almost opened a beer bottle with his teeth.

Gilbert: Prisoner of war in Korea. A fighter plane blasted a wall out to free his unit.

Frank: He bought me a Death Star set! I felt cool with him.

Gus: Donated bone marrow when my father was sick.

Ismael: He died at 18 in a car wreck. Dad never met him but has his middle name.

John: Drove a van around Greeley with a Yoda mask on once.

Phillip: Sent us off when we moved from Colorado with a “North Carolina sucks!” cake.

Tony: Cowboys fan. Texan, right down to his belt buckle.

I wrote about uncleness once on this blog.

1. If your parents don’t have siblings, can you still have aunts/uncles?

No. Well, you could adopt. A lot of white people would do this. You could become an uncle or aunt by:

Who am I kidding? The families in my old neighborhood shopped at Target. Parents can pick friends or family to become uncle/auntie. My advice: Choose the one who allows jumping on the bed and watching Jackass movies.

(Did you know you could differ in ethnicity from your sibling? Woah. Yeah. Fifty percent of your genes come from each parent. Only identical twins carry the same DNA. You could have abundant Austrian and your brother more Cambodian.

2. What’s the deal with Stevie on Malcolm in the Middle?

You mean wheelchair kid Stevie Kenarban. He has asthma and only one lung. So, not a disease, until they name it Stevieitis. He talks … and takes a … breath every … three or so …

Craig Lamar Traylor portrayed Stevie. He doesn’t use a wheelchair. Both lungs are intact. He was 11 when he debuted, and expected nothing more than the pilot. He’s 27 now, lists himself as a writer.

Definitely all my uncles/aunts. And Stevie!

Make … Brett Favre, Jyn Erso, and Emile. The Lane kids, Kesha, and Michael Scott. Ronaldo, that girl from the team you played, and Elizabeth Thatcher. Apolo Ohno, and Morgan Francis. That sweet manager at Freddie’s.

Readers: Who should they make? Which is your favorite?

4. Why is vanilla brown?

Vanilla gets a bad rap. Like Tim Tebow or the Atlanta Braves. Abbie Cornish is brilliant vanilla. Deliciousness aside, do you need peanut butter cups to consider ice cream rockable? I put vanilla in everything baked, Y’all.

But vanilla being dark reminds me. I once questioned why Bud Black was white, and Devon White, another baseball player, black?

Vanilla beans are brown. And expensive. Like, Iranian Beluga caviar. Know how we discourage using name-brand syrup when friends visit? You don’t want to dump your expensive vanilla in pancakes.

So when you use a little bit of vanilla, like in ice cream, it gets diluted. LIke when I moved to North Carolina years ago. A brown dot diluted in a white world. Vanilla.

5. Are there people going to Mars?

We’re not, yet. But if the NFL puts a franchise in London, might Mars be next? (We could put the raiders there.)

Mars One is has a plan, though. They’ll send missions to set up shop first. They’ll make houses that look like the spawn of a porta-Jon and the capsule from the Apollo. But this is everyone’s initiative.

Meaning, not only for the Elon Musks of the world. So we could end up there. They’ll need lots of money, though. More than club soccer and peaches at Whole Foods. It’s risky and more earth-shattering than an ice cream machine going on the fritz.

My uncles would so go. 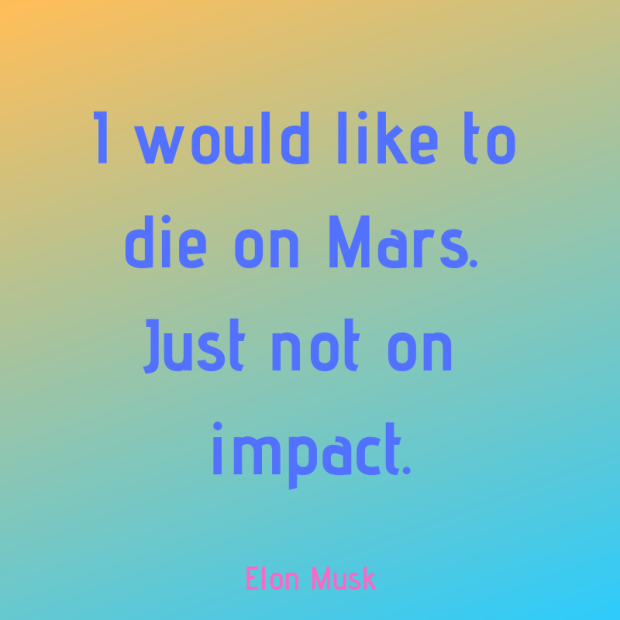