The questions are anonymous. 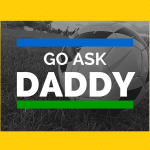 I mean, you can narrow it down to three girls who look a little like me. But as far as which kid specifically asked a specific question? There’s protection for the innocent. As you’ll see comes into play for No. 3 today.

The questions come in droves in everyday life.

For the unfamiliar: I try to track every question my girls ever ask me. Sometimes they’re easy (How come you can’t push a receiver in football?) and sometimes they ain’t (What does a Skye Terrier look like?) There’s about 250 at the moment on the list.

I pick five at random to answer once a week in this space.

I once asked readers to submit questions and I’d write a post on it. Let’s do that again. If you’re up for it. Send an email to elipacheco.ejp (at) gmail.com to submit your questions to me. I’ll round them up (assuming I get more than one) and answer them right here.

1. How does a smoke signal work?

Think of the smoke signal as the grandfather of the text message.

This was in the time before 3G. Hell, it predated 1G. As such, your smoke signals were decidedly NOT encrypted. Anyone could see them. However, each tribe had its own system. So a Navajo smoke signal might not make sense to a Shawnee.

SET A FIRE | Duh. But wait for me. Don’t play with matches.

ADD SOME GREENERY | This isn’t a marshmallow-roasting fire. It needs to be nice and smoky. Green twigs will give you the lift.

WET THE BLANKET | Not with pee pee. Water will suffice.

HOLD THE BLANKET OVER THE FIRE | Not Michael Jackson’s kid! The blanket you just doused. Let the smoke build up below it … and wait for it … let it fly.

What do the signals mean?

TWO PUFFS | It’s all good in the campground-hood.

THREE PUFFS | SOS! Emergency! Or, we forgot to pack the graham crackers!

2. Don’t the Hornets have cheerleaders?

They’re the Honey Bees. They’ve been part of the franchise since the start, although they were the Lady Kats during the infamous Bobcats Era in Charlotte hoops history. Lots has changed since those early days, in the late 80s, when Charlotte joined the NBA.

They’re great ambassadors for the team. They’re often in the community repping the Hornets, and all are involved in community service and charity. That’s cool. And their squad name is better than most in the NBA.

The Boston Celtics refer to theirs as Dancers. Psh. Generic.

The team recently brought dancers together from the past 30 years of Charlotte basketball to take the court with Coolio. We missed it-o. Also, one of the Honey Bees follows me on Instagram and I’d like to get her in on a #GirlsRock interview soon.

Isn’t that adorable? This goes right down with other proclamations my girls have made, such as “chiro means earth,” “why is the TV sideways?” (from a kid laying on her side) and the pronunciation of the word academy as “ak-uh-DEM-ee.”

I was wrong in my first thoughts of the correct answer, too.

I thought of Betsy Ross, an American hero, who commonly gets credit for stitching up the very first Old Glory. Like a wet blanket (like the ones you’d use for smoke signals), scholars have debunked the notion that the flag came from Betsy.

The universe converged on this page yet again.

Martha Stewart, the American retail executive businesswoman, didn’t make the American flag. She did, though, write a post about it. In it, she covers the truth that probably a lawyer named Francis Hopkinson – himself a patriot too – created it.

That first flag – flown in debut in 1776 – had an identity crisis. Kind of like when the Houston Oilers first moved to Nashville, and still were the Oilers, and not yet the Titans. Remember? Anyway …

The first American flag bore the Union Jack of oppressive England where the field of stars sits today. It stood above 13 red and white stripes that represented the American colonies. By the grace of God, that Union Jack got jacked a year later.

Then, I found this evidence that Martha Stewart did make the American flag.

In this day and age, you can buy ANYTHING. Yet, not even on Amazon, could I find flies in a jar. I did, however, Jar of Flies/SAP. The album. By Alice in Chains. It includes such hummable tunes as Rotten Apple, Whale & Wasp, and Swing on This.

I also learned how to make a fruit fly trap, which is kind of all full-circle-like, given that this Alice in Chains song is called Rotten Apple. (I kind of dig this song. I’ve never heard it before.) And, sorry if the fly photo freaks you out. Flies are kinda badass.

[Check out how to make a fruit fly trap here. Maybe you can sell it after it’s full.]

5. Does Mallory Weber play for the USWNT?

She’s a forward for Portland Thorns FC in the NWSL. She played on the U20 and U23 teams for the U.S., but not on an Olympic or World Cup squad. [Follow her on Twitter!] I dig that she’s a strong proponent of women kicking ass in every sport and in every way.

Because that’s what #GirlsRock is all about. I’m going to tag her on Twitter when I promote this post and invite her to be a #GirlsRock interview. I hope she says yes. I have some really cool ones on the horizon, too.

Mallory’s first goal with Thorns was a game-winner! We had that on our high school team last week. A first-time player scored the winner with 4 minutes left. One of the greatest finishes I’ve ever been part of!

Check out this video of Mallory’s post-game interview. It’s awesome to see that even when soccer girls become professional women playing the sport they love, they’re still goofy after a good match! 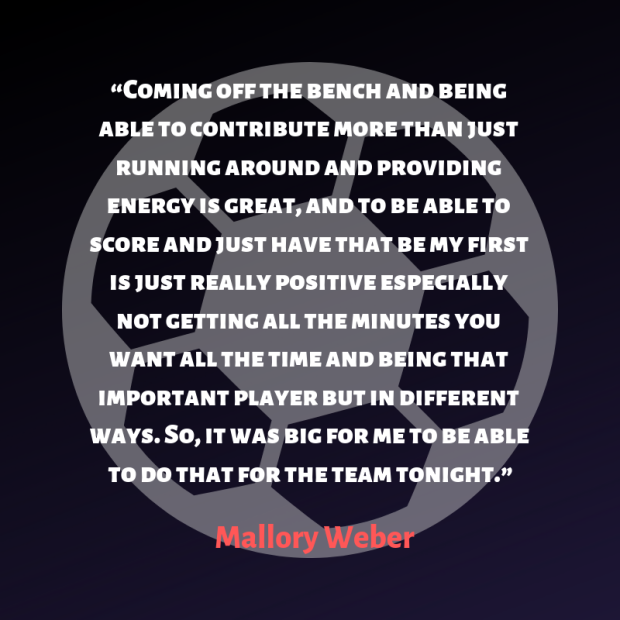