Sometimes, the kids don’t believe me.

I used to be a football player. And I used to have big hair. Not really at the same time, though. My football days, I was clean cut. Didn’t even have a mustache. It was the 80s, not the 70s. And I didn’t have long hair until high school.

Anyway, the coach and dad they see now has stories.

Not Superman stories, mind you. But stories. In middle school, they called me Speedy. Okay, it wasn’t the school team. It was intramurals. All the real players played real football. But all things being equal … I stood out in the field.

Me, with Saved by the Bell hair for prom; Me, in a photo shoot with my mom getting more playing time than I did in games. 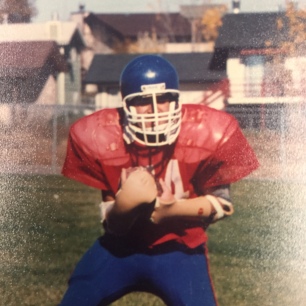 Just, no one saw it. (Above: Me, with Saved by the Bell prom hair; and also, in football garb, getting more playing time than I did in actual games.)

And my hair! No rat tails. I wasn’t that cool. I just wanted to basically be the Hispanic Daryl Hall. It was badass when my boss at Winn-Dixie, my high school job, flipped my hair out of the way with a pen one day and said, “son, it’s time for a haircut.”

I might as well have been in a gang.

1. How do football players with big hair get a helmet on?

Former NFL quarterback Colin Kaepernick upended societal status quo by kneeling during the National Anthem. His hair upended simple science by fitting into a helmet! Kap’s fro, according to the laws of physics, shouldn’t fit into an NFL helmet.

A fro is just one helmet challenge. Also, dreadlocks. Or simple Golden Hair Surprise, like L.A. Rams linebacker Clay Matthews. (Story on him later.) I wonder why NFL players have long hair at all? Especially offensive players.

Especially with dreadlocks, which are now legal game for what you’re allowed to hold onto to tackle a dude.

Dragged to the turf by your dreadlock? Sounds like punishment to me. When I see quarterbacks with hair stuffed up in there, it looks like they can’t even turn their head. They’re like those tall wienies and princes that race around at baseball games.

Former Seattle Seahawks great Richard Sherman had dreadlocks – but avoided physical contact as much as possible.

Troy Polamalu, the former Pittsburgh Steelers star, kept long locks. I remember them waving in the wind as he tried to catch Damarius Thomas when the Denver Broncos beat Pittsburgh in overtime to reach the AFC Championship.

I’ve never seen a player stuff hair into a helmet, only pull a helmet off it. When Matthews played for Green Bay, I had a chance to interview him in the locker room. He was dressed, showered, and apparently ready to field questions.

He held up a hand in stop-sign fashion, turned from me and took the rubber band out of his hair. Once, twice, three times he shook his diva head to let his locks fall just so. Twice more, maybe, until he was pleased with his ponytail and turned to face the press.

And I forgot what I was going to ask him.

He does, and plenty of it. It takes a bit when you’re 7 feet tall. Seen as a sign of weakness by someone’s daughters, K tape – kinesiology tape – is supposed to facilitate the body’s natural healing. And it looks less dreadful than those cup hickies that were all the rage.

It looked like an athlete had a handsy first date with an octopus after treatment.

Back to CZ and KT tape. The dude’s long, as they say in the NBA. And an underrated workhorse, if you ask me. The kid does all the dirty work. It stands to reason his pins would get a bit sore after game day.

It’s an inexact and unproven science, like whether the Minnesota Timberwolves exist.

KT tape is supposed to lift the skin away from tissue while providing support for joints and muscles. People swear by it. But they also swore by copper bracelets and socks, and also those magical braided necklaces baseball players liked to wear.

For a dude like Zeller, K Tape is worth the chance.

The NBA season is a grind, although my girls would argue that their fouls are silly. Still, Cody beats and bangs with dudes much stronger and beefier. It takes a toll. Here’s hoping he can find enough K tape to keep himself together.

Photo by Ekrulila on Pexels.com 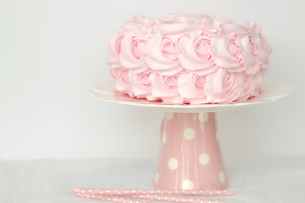 Photo by Pixabay on Pexels.com

3. What’s the difference between icing and frosting?

With the sporty theme, I figured the icing was referring to hockey.

I’ll take a hockey approach to this answer. Think of frosting as your goalie and defensive line. They’re the thick, coatlike elements on a team charged with stopping goals. They’re the frosting – usually placed between cake layers and around the perimeter.

It’s the flashy stuff, usually glossy. Like forwards in the NHL. They put the gloss and shine on the whole operation. It can be butter creamy, with a little bling and glitter. Let’s just hope the St. Louis Blues have enough of both to bring home the Stanley Cup for the west.

Big enough for LeBron James’ and Magic Johnson’s egos to co-exist for a season.

That’s non-quantitative. Let me first say I love the Denver Nuggets, but quickly grow weary of the NBA. Or how it’s covered. Or how my girls perceive the Association. They see fouls picayune compared to blood-necessary infractions they encounter in soccer.

What bothers me most is that NBA players are so bothered.

This one says that about guarding that other one, or someone trolls someone. Or maybe they try to hit a basket with time running out just to reach 50 points. Owie. Players run coaches out of town and stars whine their way to contract extensions and trades.

Don’t even get me started on the no-brain fouls players commit 85 feet from the basket all because they’re embarrassed they got the ball stolen. Again.

NBA courts are 94 feet by 50 feet. Colleges, too. High schools are 84 feet long so that athletes don’t have to take so long bringing the ball up the court or full-court pressing. Because they have trig homework to do and a girl to be awkward around.

5. When were throw-ins made a rule in soccer?

Know what they did before? They’d award possession to the team of the first player who touched the ball after it went out of bounds. Can you imagine that today? We’ve played next to graveyards. On fields with fences a yard away. Or with a severe drop-off (hear us, Corvian?)

Although, I’d love to see what would happen when a rival matchup gets really heated outside the lines. Back then, you had to knock the ball back in parallel to where it went out, by a kick.

Although they played this beautiful game as far back as 2,000 years ago (I was in elementary school then) in China, Central America, Greece, and Rome, the English made it their own in modern times.

That was in 1863. Other notable changes and years in football:

1869: Goal kicks were awarded for possession out the end line of the team’s goal

1872: Corner kicks were awarded for possession out the end line of the attacking team

1878: Officials began to use whistles – sometimes, even, for the right reasons

So when an older ref misses a call, I promise to withhold the urge to ask if he’s playing by pre-1891 rules. You know, his freshman year in college.