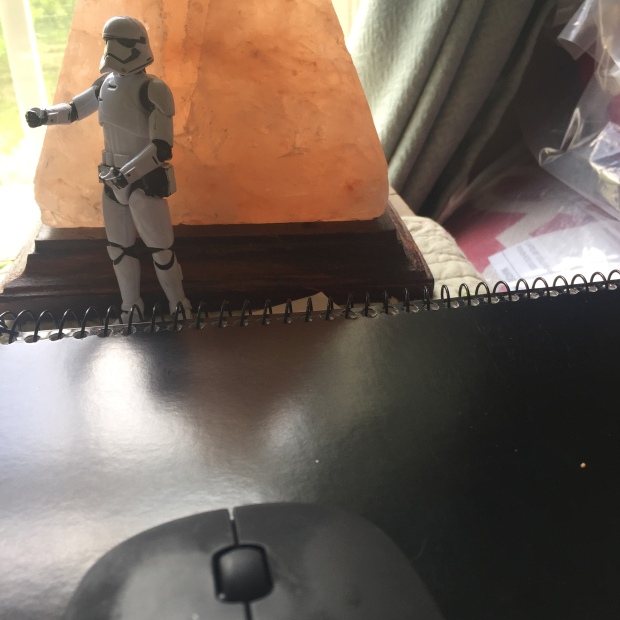 How many ideas – GREAT ideas – are milling around in your head?

I’ll wait … okay, so it’s not important to count them. But, why are they still ideas? I’m not passing judgment. I’ve got many crammed in my cranium too (and some aren’t so great.) When you can put an idea into motion, though …

That’s exactly what today’s guest on #GirlsRock did.

Meet Elizabeth Denham. Life has taken her on quite a ride, from the classroom and a first marriage to rediscovery, a second marriage and a new career. but it’s all led to her role as publisher of Franchise Woman magazine. Please give her a warm CD welcome.

Eli: When you were little, what did you think you’d grow up to be?

Elizabeth: When I was little, I probably thought I would grow up to be a teacher. As the oldest of five children, I set up a “classroom” in the living room. I had old textbooks from TG&Y and would teach from them. I taught most of them to read – I even gave them homework! I did end up teaching ballet for 20 years, and I loved it.

Eli: That’s awesome! I did the same, but with educational Sesame Street books we got free at the grocery store. What was it like to teach ballet?

Elizabeth: I loved teaching ballet. I started when I was 16 teaching the little ones. They were funny and cute, but my passion was in teaching middle and high school kids. I had a teacher, Bob Elliot, who kind of took me under his wing when I was younger. He really lifted me to a higher level and gave me a great technical foundation. I loved teaching techniques and seeing the girls improve before my eyes. I miss the discipline, the feeling of strength, and the escape of dance. It was my outlet for stress – ballet is so difficult, that when you are taking a class or performing, you really don’t have room in your brain to think of anything else.

Eli: Is it still part of your life, or have you found another outlet?

Elizabeth: I had to quit dancing and teaching when my kids got old enough to start participating in their own activities, and I had to drive them to practices, etc. It was really time. My knees have taken a beating and I was taking Motrin before I taught, when I got home and in the morning before I got out of bed. I don’t have an outlet that equates to dance, but I workout – walking, yoga, pilates. I am thinking about trying to play tennis again – being able to hit balls really hard got me through a divorce!

Eli: I can see how that could be a stress relief! How did you move on, both from teaching and after that divorce?

Elizabeth: Moving on is a choice – and usually a difficult one. With teaching, it was time. My body hurt and my kids needed me. I used tennis and writing a lot more as an outlet during that time. From divorce, well, that’s a different story.

That year, 2003, I asked my husband to move out in October. He confessed to a lot of cheating in December (here is a story about that) and my 2-year-old son started having seizures on the hour, every hour for two weeks in February. Talk about perspective! I ended up moving in with my parents for a couple of years because I couldn’t leave him to go to work. Once he gained some stability and I had time to focus on dealing with the emotional toll of divorce, I felt angry, sad, frustrated, hurt. Things we all feel with betrayal.

I could have stayed that way after what happened, and no one would have faulted me. But being angry and having all of those feelings living in me was not healthy for me, and it was not the example I wanted for my boys.

I remember a specific moment about a year after the divorce was final. I was 34 or 35, living with my parents, no real job (I was still teaching a couple of ballet classes then) and had to figure out how I wanted to live my life. I remember thinking that I could be angry and blame him for my situation, for tearing apart the vision I had for my future, or I could embrace where I was – struggle and all. That meant taking responsibility for everything that happened from that day forward. No blame. No anger. No excuses. No looking back.

Now I am remarried and we have five children. I have used that story as an example to them when they have struggled as they have navigated the teen and young adult years. I never want them to get stuck in the thinking that anyone else is to blame for a situation. They always have the power to make their own decisions and choose their future – even if it looks different than they planned.

Eli: That post is remarkable, Elizabeth. Your strength, undeniable. It feels as if your momentum carried you to greater things, personally and professionally. Where did you go from here?

Elizabeth: Well, on a funny note, between the divorce and second marriage (8 years), I did some online dating. With three young boys, dating was difficult and while online dating was newer at that time, it worked for me to meet people more easily. That became a book, “Sweeten the Deal: How to Spot and Avoid the Big Red Flags in Online Dating.” The title came from the guy who said I “had to sweeten the deal” to have a second date. Thought that was title-worthy. And it really got me writing a lot more.

I finally went to work for my dad managing his Social Security Disability department – he was a lawyer. So writing for fun was a good release. I didn’t start intending to write about my dates, but I had so many crazy ones, my friends kept telling me I should write them down. So I chronicled them and interjected some of the life lessons that I learned through the dating process.

Eli: Isn’t it cool when you grow in life while honing your craft? That’s so awesome. Did your freelancing career take off at that point?

Elizabeth: At that time I was representing Social Security Disability claimants working for my father at his law firm. It’s one of the few practice areas in which you don’t have to be a lawyer. I did that for about 8 years after my divorce. When I remarried and moved about 45 minutes away, I began freelancing little by little and it grew over time. Eventually, I quit the disability work and freelanced exclusively.

Eli: How did the Franchise Woman opportunity happen?

Elizabeth: As a writer, I am always looking for new projects. When my husband bought a Patch Boys franchise (they do drywall repair), I started looking at the industry with him. As I thought about it more and more, I realized there was nothing specifically directed at women in franchising. Women own almost 30% of franchises, and they are growing. I began reaching out to people in the franchising world, and the idea was incredibly well-received. I was invited on a podcast before we even had an issue out.

I have completed three issues, and I have met and been supported by so many people – men and women – that I think it could be a great success!

Eli: I love that! I was intrigued by it when we connected. So what is next for you, Elizabeth?

Elizabeth: What’s next? Isn’t that always the question we ask ourselves? For the magazine, I would like to grow it from bi-monthly to monthly. I would like to do some public speaking related to women in leadership and in business. I would like to start attending franchise conferences (when the world opens back up). Lots of goals there. Personally, I would like to get back to writing for myself. As my kids go off to college and begin their own lives, I have more time, and I want to be productive with it.

I want to continue my advocacy for the LGBTQ community. And I want to write my next book – still thinking about that one – maybe something based off my Pursuit of Humanity blog. Mostly I want to continue to grow, continue to build great relationships with my kids as they become adults, and enjoy time with my husband. Like a second marriage, we have never been alone!

Eli: All beautiful things! What advice would you give to women who want to do more, and also have that life balance at home?

Elizabeth: I have actually talked about this subject a lot with my son and his boyfriend. They talk a lot about balancing life and wanting good careers and a healthy family life. I don’t think there is such a thing as balance in the way we think about it. I think it is more about prioritizing. The reality is, there never seems to be enough time in a day for all of the things. But if your family knows that they are the priority, the time away is not taking as much from them. And I don’t think you can have it all – all at the same time.

When my children were little, I would not have started a magazine from scratch. Now that they are older, they are more independent. They still need me, but they need me in different ways. And I include them in the discussion of what I am doing. There have been times when I took on more work, and I asked them what they thought. Not long ago, I had the opportunity to work on a political campaign on top of my regular work, and I knew it would stretch me thin. But the kids were excited and proud of me.

I think it is important for them to see their mother engaged and passionate about things in the world. And one of my mantras is “You can only do the best you can do on any given day. Some days it’s stellar. Some days it’s survival. And that’s okay.”

Keep in touch with Elizabeth:

The Gift of the Struggle