Out of our house that tends to lean right, there emerges a child who might just be able to reach across the aisle to represent the ideals of both Democrats and Republicans, a leader whose insight and compassion could spark a true bipartisan movement to get Washington to work for us for a change.

Or, she could endure ridicule from both sides and fail miserably to be heard.

Sometime during her second-grade year, Grace penned a document that might go down in history as a great American declaration. Or, one of her cats might cough up a cat-food-laced hairball on it, and it’ll never make it to her the “best of second grade” scrapbook her mom so lovingly makes.

The assignment: If you were President of the United States, what would you do?

I heard the Libertarian party described on NPR as “socially aware and fiscally responsible.” I like that direction. I don’t want to spend money like I printed it, but I also don’t want to turn a blind eye to the human side of this nation, to tear members of families apart by deporting a parent, for instance.

So maybe Grace has found a middle ground.

At first, I saw blue in her words.

The first line was pure politician. “Make our nation the best place to live.” I’d stump for the kid. I could see her on a whistle stop tour with that one. Debbie Wasserman Schultz and Nikki Haley could stand together behind a candidate like that, right?

But when Grace began the second leg of her campaign, things turned bluer. I could see Debbie smile and nod at the next portion, while Nikki shifted from one leg to the other.

“I would feed the poor and make homes for the poor,” Grace would say, maybe holding out her thumb against her bent index finger, a la Bill Clinton. When I read this part at the dinner table, Elise grumbled something about “no freebies” and “give them a job instead.”

(The NRA and GOP would love Elise.)

With four words, Grace would put a smile back on Nikki’s face.

There’s fiscal responsibility. How in the world can you house and feed the poor, and lower taxes?

Even Elise, the curmudgeon Republican, could like that idea.

The site lp.org says Libertarians “advocate freedom in economic matters, so we’re in favor of lowering taxes, slashing bureaucratic regulation of business, and charitable – rather than government – welfare.” There we go. Could it work?

If we put tax dollars back in people’s pockets, and there were no tax loopholes around, would it make a sound?

Would they take the reins on projects that would build adequate housing for those in need, provide training for placement in better jobs than they’re currently qualified for, and ensure they have enough food to feed their families?

Could they at least alleviate this common stress when you’re down on your luck?

Could a party – and a candidate – really enact such change?

Maybe Grace can help. She seldom gripes about slights and lack of fairness, whether she competes on the soccer field or with her sisters for chicken wings. She rounded up her Littlest Petshop toys to give to a classmate who really likes them, and once gave one of her Webkinz to a visitor who had punched her in the belly 20 minutes before.

She’s a hard worker, and a giver.

Debbie and Nikki are smiling behind the podium, shaking hands, while the crowd hoists signs that say “Grace in 2016” and “Look For Grace At Your Polling Place.” But, Grace is nowhere to be found.

She’s probably snuck away to a soccer field to take barefoot shots on goal, or has wandered off to find bugs for her nature journal, or is in hot pursuit of a sister to pester.

You know, exercising all these liberties she’s lucky enough to have today.

There’ll be plenty of time for a campaign later. Third grade beckons.

Libertarian party? You’ve got some work to do in the meantime. But we’re listening. 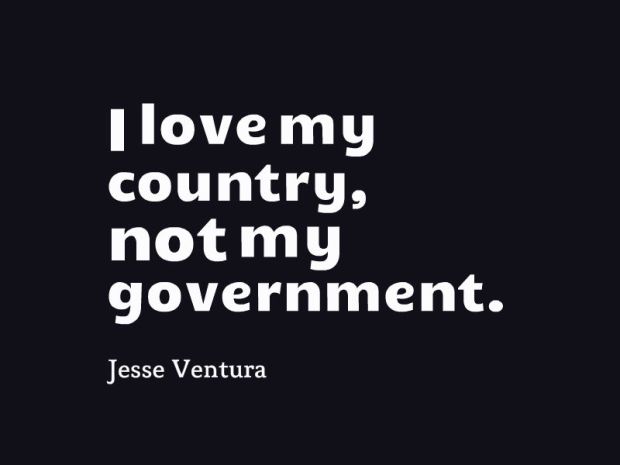