Endorsements find their way into every other bit of life, though. The girls cannot wear Adidas to practice because Nike sponsors our club. My former club went from Puma to Under Armor, and out went all that old gear. (Puma suited me better, by the way.)

In NASCAR, everything has sponsorship attached.

I’ve told the tales of my early days at Friday and Saturday night short tracks in North Carolina. I hoped the night’s sponsor made food. If they did, I ate. If not? Well, one Friday, I could have a free Wix filter if I wanted it.

One week, there was plenty of Coors Light,but not even a cocktail weenie.

Think Taco Bell would sponsor me if I got into the NASCAR as a driver?

1. Why do they use Adidas in the World Cup?

It’s not to make the Germans feel at home.

While the competitive gap between top four national teams Argentina, Belgium, Germany and Colombia can be measured in yards not miles, Adidas and Nike seem to be the big dogs when it comes to slapping sponsorship on the game.

2. Elise’s music is loud. Won’t that damage her ears?

(I tried that when they called me to my hearing test in fifth grade. If you were there, you either thought it was hysterical or revolting. Sheesh. Try and have a little fun in Ms. Gunby’s class … )

We used to turn the volume up too high on Sony Walkmans. The hardware might have changed, but the result hasn’t. A report at Beltone.com says one in five teens have impaired their hearing with earbuds. (No word on whether you’re more likely to do bad with Bruno Mars or Lorie Line turned up too high.)

Who knows what my Walkman was set at back in the day for all those REO Speedwagon tapes.

Because earbuds sit so close to your inner ear, they carry an audio signal nine decibels higher than earmuff-style headphones. The difference in nine decibel is the same as between a dinner bell and a lawnmower.

Maybe I should request a catalog while I’m here. Or two.

3. How do they change the lights on the Duke Energy building?

There’s a team in charge – but the actual operation isn’t all that magical.

A program on a laptop computer inside the Charlotte skyscraper adjusts the light colors and patterns. It takes 45,730 LED lights to light up the night right next to Bank of America Stadium, home of the Carolina Panthers.

There’s a short light show at the top of every hour.

It’s not expensive to light it up, either – about $3 an hour. It’s usually lit up in colors to commemorate the Panthers on game day or to raise awareness of community events. You can even request a color scheme by email, at CharlotteSpecialEvents@wellsfargo.com.

I wonder if they’d notice a request for blue and orange when the Broncos come to town. (The tower even has it’s own Twitter handle: @dukeenergybldg.)

It has its detractors, but it looks as if the adventures of Jeremy Wade belong in the non-fiction section.

Along with Grace’s undying admiration, host Jeremy Wade carries a double dose of knowledge and foolishness into some of the murkiest waters on the planet. Animal Planet renewed it for an eighth season. Two more, and it’ll catch up with Friends.

Plus, Jeremy Wade could kick Chandler’s and Joey’s asses with one hand in an eel’s mouth.

Little Men of the Australian Outback?Or the Latvian Manatee and Armadillo Observatory, perhaps?

I think you asked this just to make me write about it. It stands for Laughing My Arse Off. You can use Ass in America and Guam, I think. Personally, I’ve never laughed my ass off. I’ve worked my ass off – this one time, my sight got on blurry after a few long shifts in a row as a stocker at Food Lion during college.

I froze my ass off a few times – like playing in the marching band during a parade in Estes Park on a night so cold my saxophone froze.

Charles Dickens began a similar trend in the 1840s – on the other end of the body. He wrote in a letter to a friend that he’d “written his head off.” Soon people began to laugh their heads off. You could scream or yawn your head off, too.

Norman Mailer in his book The Naked and the Dead wrote, “I work my ass off at the club, and what does it get me?”

A decade later, in the 1950s, Holden Caulifield wrote in one of my favorite books, The Catcher in the Rye: “It ends up with everybody at this long dinner table laughing their asses off …”

It’s a phenomenon, verbing your [insert body part here] off. What’s next? I’m not sure, but I imagine Jeremy Wade has probably come closer to losing his actual ass than I have. 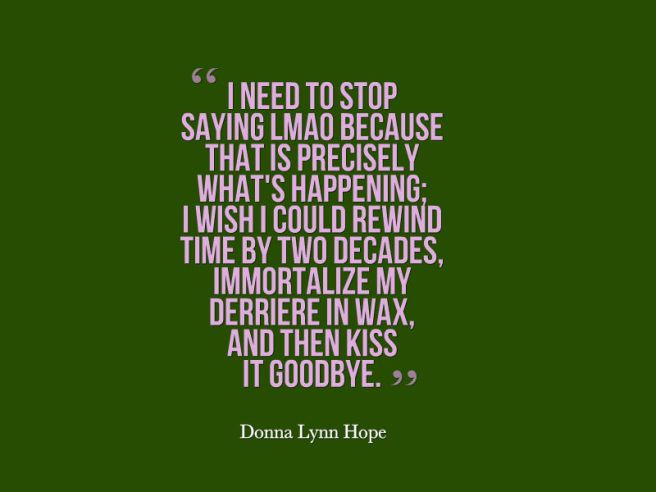 44 thoughts on “Go Ask Daddy About Sponsorship Deals, Light-up Skyscrapers and the meaning of LMAO” 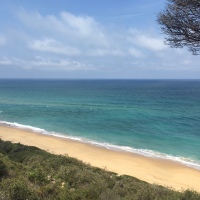 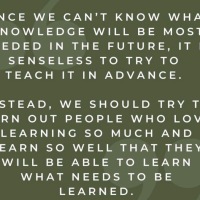