It’s never too late to be thankful, right?

I’ve tried to tie my weekly Go Ask Daddy posts to the Friday gratitude attitude going around the blogging world. The combination ranks higher than, say, those KFC-Taco Bell duos you find sometimes out and about.

It’s been a while since I’ve sat down to jot the good stuff in my notebook, though.

I’ve been thankful for, you know, a job that offers benefits and enough dough to get my kids off free lunch. This feels like the American dream to me. But I want to make this list not just about that because I’m almost kind of tired of writing about it.

So here’s my 10 things thankful, or great gratefulness, or whatever you’d like to call it.

10. I’m thankful for needing another hole in my belt. And the need to get pants that actually fit.

9. I’m thankful for a pair of Adidas and a pair of Nike – both gifted to me – that put in mega steps in with me every day.

8. I’m thankful for new disc golf courses discovered, not far from the new job. For the new challenges and all the damned ducks that I’m afraid to hit.

7. I’m thankful for the girls who have grown close to Hayden on her school team. There’s something special about that crew, to her and to me.

6. I’m grateful for days the pollen can’t kick my ass. It sure tries.

5. I’m grateful for new pizza joints on the way home. Is it Friday yet?

4. I’m grateful for my family’s unity when things go awry outside of our circle. We know we’ll always stick together.

3. I’m grateful for friends who’ve fallen off the radar. I wish them well and would welcome them back if the seasons turn that way.

2. I’m grateful for those friends who have filled in in the prior group’s absence. The void left allowed others to move closer and they’ve been such a blessing.

1. I’m grateful for a day of soccer, a pair of comfy long johns, and an almost empty bag of 80-cent clearance Easter jelly beans on a Sunday.

Here’s what the kids asked. If you’re new around here, on Fridays, I try to answer five random questions from a list of almost 300 my girls have asked me. They range from the sacred to the profane, and sometimes I can’t even tell the difference.

The call it “El Tri.” To the white ear, that sounds like something with bark and branches.

It refers to the three colors – green, red and white. Like the ol’ red, white and blue, only more southernmost. It also features an eagle with a snake in its talons, which is kind of badass. I mean, eagles on their own are badass.

Add a snack in his paws? Badass-er.

The colors stand for something. No, not guacamole, salsa, and tortillas, although, what a tri! Green represents the independence movement. White is for Catholicism’s purity. Red is for Spain’s support in the fight for independence and for bloodshed in the mission. 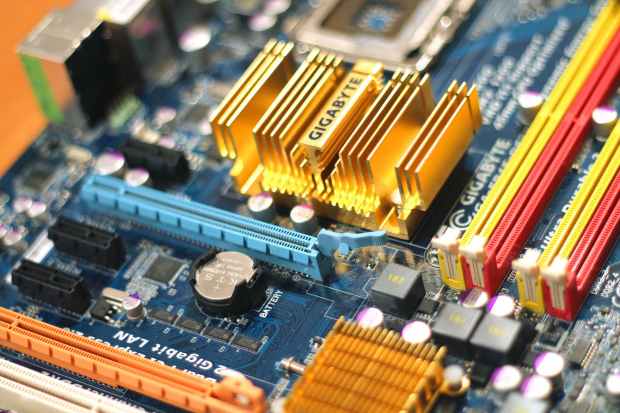 It’s the measure of that first huge bite I take out of my first huge slice of pizza on any given Friday night.

Rather than facts about Napoleon or chapters of my unstarted romance novel, a gigabyte was created by God to measure data.

Gigabytes measure the data on your device. You know, the unanswered emails about your student loan, pics of your swollen sprained ankle, videos of me walking into the room wearing a shark head.

Bits are the smallest measures of units for data. You can’t just buy a bit. It’d be like buying just an apple chunk from out of the middle of an apple fritter. Nah. You’re just going to want something way more considerate.

A gigabyte is like, a lot. It’s the whole rack of ribs. It’s the two-pound bag of shredded cheese. Hell, it’s the huge box of Honeycomb, the one thick as a yoga brick and tall as Yoda. You can get mad pics and videos with a gigabyte.

Well, I know this: We get 2GB of data a month and we chew through that pretty quickly. That’s a lot of Honeycomb. And it’s kinda tough to swallow.

3. What if Jesus wasn’t an only child?

Depending on who you listen to, JC had a ton of siblings – all of us.

You know, the children of God. But I get your meaning. What if, after all the hubbub of the immaculate conception, Joe and Mary decided to expand the fam? From a modern standpoint, can you imagine the sibling rivalry?

Why can’t you kids walk on water like your brother?

I doubt Mary would say that. She seemed humble and loving, but you know, when you add multiple kids to the mix, sometimes it gets messy. Kid, Tween, and Teen Jesus would have likely been prone to all the challenges and misgivings of any other kid his age.

And think about it – not all of Archie Manning’s boys suited up in the NFL.

What if Jesus wasn’t an only child? It would be a revelation, but not Revelations. Probably bigger change in the news than Pluto not remaining a planet, or the discovery that T-Rex leaned forward all tenaciously rather than stand upright and nerdy.

I made while I was a Religious Studies minor at UNC Charlotte.

I considered Gospel writers sort of men on the Jesus beat. You had all four telling their stories for their respective books. I noticed a similarity in the way Matthew, Luke, and Mark told of Jesus, and how John did.

See, the first three referred to Jesus mostly as a teacher, a holy man, one who spent time in quiet contemplation (meditation?). One who went on walkabout, telling parables and, for lack of better term, sharing one-liners with those he met along the way.

John’s accounts tell of Him calling Himself the way and the light, revealing the plan that part of Christianity has embraced as the only truth. I’m not judging best of the show here for any of the books, but it’s interesting that the power of the press existed even then.

I took a course in college called Jesus. No, that wasn’t the instructor, but the prof was incredible. Dr. James Tabor. We asked him if he believed in Jesus. I believe in the empty tomb, he said. That can go so many ways. It’s a fascinating subject.

Your mom, girls, once remarked that every Tom, Dick, and Harry was named Jennifer.

Now that was funny.

I resisted the urge to click the What’s the origin of ‘shits and giggles’? when researching this question. Because don’t you just want to know? Tom, Dick, and Harry are every man; they’re everyone, and no one, all at once.

Elizabethans used to pair up common names all the time. Modern-day Elizabethans might say, “Every Liam, Noah and Logan wears saggy pants around here!”

Here’s what you probably don’t know about Tom, Dick, and Harry:

IT IS A TRICOLON | That’s a literary phrase in which things are listed in ascending syllable lengths, such as tall, dark and handsome or hook, line, and sinker. Veni, Vidi, vici come to mind, as does wine, women, and song.

The Rockies, pizza, and Amy Acker isn’t a great example, no. Or is it? Matthew, Mark, and Luke would be.

IT’S MNEMONIC | Medical students say Tom Dick and Very Nervous Harry. It corresponds to Tibialis, Digitorum, Artery, Vein, Nerve (tibial nerve), Hallucis. (That’s in your leg. Or ear?) I could have been a doctor. It’s all the science I had a problem with.

ARNOLD HAD ONE! | Not the former governor of California. Arnold, on the TV show Diff’rent Strokes, from back in the day. When asked what his favorite subjects were, he said, “lunch, recess, and summer vacation!

5. Why do we carve pumpkins for Halloween?

Well, way back when, even before Dana Plato stole my prepubescent heart, the Celts carved faces out of turnips and squash. Not to avoid having to eat them, although if it worked, I’d have carved up some cauliflower in a hurry.

They carved these faces and placed tiny lights inside the hollowed-out and ratified fruit to lead good spirits to their homes during autumn festivals. (Now, we do barbecue, and leave the turnips and squash out of it.)

The Irish saw what was going on and called the carved up fruit Jack O’ Lanterns. They said there was a lad named Jack who bargained with Satan himself and got a life sentence wandering the earth, not unlike O.J. looking for the “real killer.”

Immigrants to the U.S. found pumpkins – which are so much easier to carve faces into. I mean really, a turnip? Carving pumpkins, it turns out, is the cultural equivalent of the badass bald eagle, the Statue of Liberty, or even a good t-bone steak on the grill.

Check out this video on carving because of course #merica takes it to the next level.

(Whew. I’m just grateful I got to E before Halloween in this A to Z Challenge.)

So, in the comments, tell us a good pumpkin story, would you?

Other posts in the A to Z Challenge

A is for Approachable Stranger in Target

B is for Boy without a job

D is for Designer, as in graphic, as in #GirlsRock: An interview with Amber Lorine