I’ve written so many words, y’all.

I’m behind on my reading and commenting, for sure. In the A to Z Challenge, we read five posts every day from the gobs of posts involved. I’ve made fast friends and discovered new spots to go for extraordinary voices.

It gets heavy, though.

And I’ve been writing on 750words.com, which, as you might imagine, implores one to write … 750 words. That’s a lot when you have me to read, and four others. My apologies. Honestly, I feel like there’s a degradation of quality when the volume’s that high.

I’m rapping out another answer to a blog challenge today, from my friend Rowena, who writes Beyond the Flow. It’s called the Five Photos, Five Stories Challenge. Here are the rules which, I will, of course, alter to fit my agenda. I have spoken.

1) Post a photo each day for five consecutive days. I’ll do this all in one day, all Ironman style.

2) Attach a story to the photo. It can be fiction, non-fiction, poetry, or a short paragraph. It’s entirely up to the individual.

3) Nominate another blogger to carry on the challenge. Your nominee is free to accept or decline the invitation. This is fun, not a command performance!

I’ll nominate AJ of Read All The Things! I discovered her marvelous collection of words during the fray of the A to Z Challenge.

I missed the first day because I had a team in a showcase in Greensboro, N.C. When I learned she made the final, I arranged for a fill-in coach for my team, and hit the road – I got there in the first half.

The 3 ½-hour trip through the Carolinas was tranquil and purposeful.

I got to see Grace impact the game with two late corner kicks, strong plays that led directly to goals in a 2-0 victory. See, Grace had collected a lion’s share of Finalist medals. This would be her first that read Champion.

I’d call her the Susan Lucci of soccer, but she wouldn’t get the reference!

We spent a day at the Botanical Gardens at UNC Charlotte. We found this goldfish plant in the greenhouse. You can see how it got its name. I haven’t figured out whether they’re named for goldfish who swim, or for the snack Grace loves to destroy the bag. 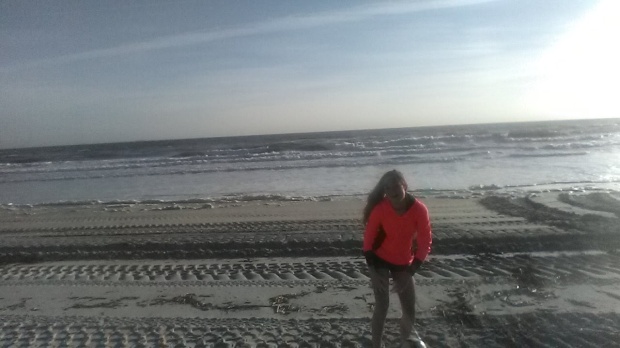 What would a photo day be without a shot from the trip Grace and I took to Jacksonville? I swear, I pick these by random, but every post seems to include this trip. We’re at Neptune Beach. We love Carolina beaches, too, but there’s something about Florida.

(Wondering about the tire tracks? Huge graders were moving the dunes around. A storm hit the area during the summer, and some spots bore the devastation still.)

Grace just the other day opened the bag of shells she found there, a brilliant array of colors and textures. The lot felt exotic compared to what we’re used to collecting in the Carolinas. Marie’s next to take a trip with me, to see an NFL game.

Maybe to Atlanta, with that cool new stadium?

Yep, another one from Florida.

Military helicopters flew over the Jaguars’ stadium during the National Anthem. My future son-in-law trains to repair helicopters in the army. Only Uncle Sam could upstage mascot Jackson De Ville’s bungy-jump-and-zipline entrance to the stadium that day. 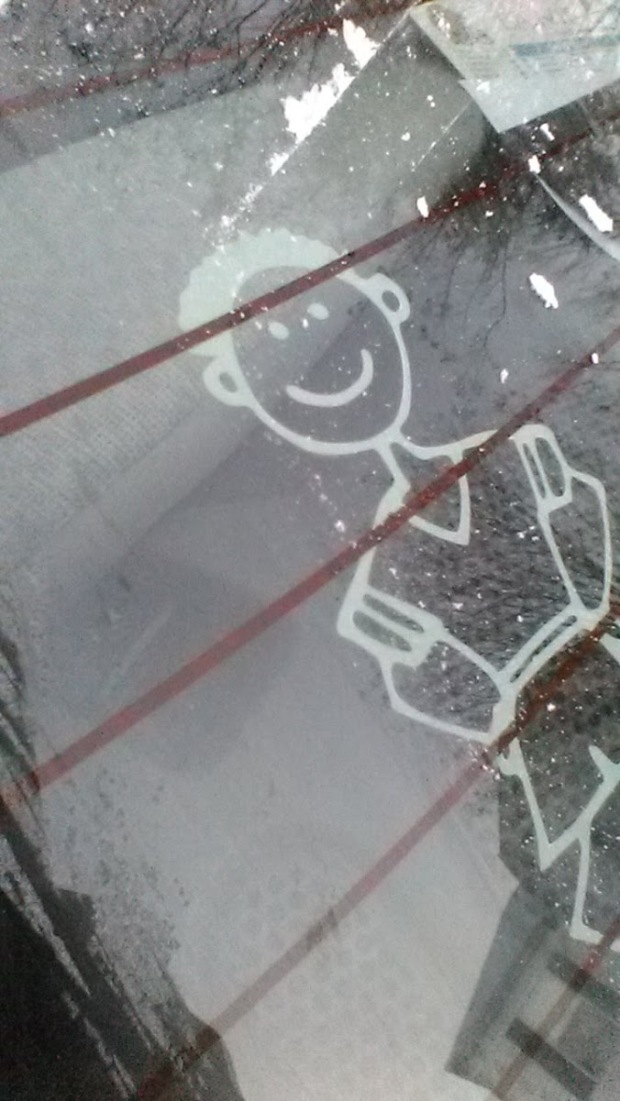 The girls gave this to me a while back for my car. I recently applied it, just before Gabi, my loyal 243,000-mile Pontiac Grand-Am, nearly gave up the gear ghost a few months ago. My mechanic assures me she’s got plenty of miles left, maybe even to 300,000.

N is for the New Plan

O is for One Day From Payday Spicy Chicken Skillet

P is for Too Many Projects, Not Enough Time (a Guest Post from Kathy of The Second Half of My Life)

Q is for Quote Challenge

S is for Six Words

T is for Teenagers

U is for Unconventional Loves

V is for Vague Differences Between Protecting and Sheltering

W is for What Fatherhood Did